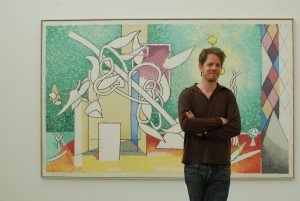 Matthias Weischer studied painting at Hochschule für Grafik und Buchkunst (HGB) in Leipzig, a student of Professor Sighard Gille. In 2002, he was co-founder of the artist-run gallery LIGA in Berlin that was run by eleven former HGB students, among them Christoph Ruckhäberle, Tim Eitel, David Schnell and Tom Fabritius. LIGA was closed after two years in 2004.

Weischer’s works oscillate between abstract and figurative painting. Until 2006, his paintings depicted deserted interiors like stage settings that are infused by abstract elements. Furniture, everyday objects and large-scale ornaments stylistically refer to the 1950s and 1960s. In their collage-like appearance they establish a complex and ambiguous relationship.

During his residency in Rome in 2007, Weischer concentrated on drawing and studies on nature and landscape. Since then, he predominantly works on and with paper, in smaller formats and with a lighter range of colours. He also explores different printing techniques and, recently, three-dimensional sculptural arrangements.

Among the public and private collections holding works by Matthias Weischer are: 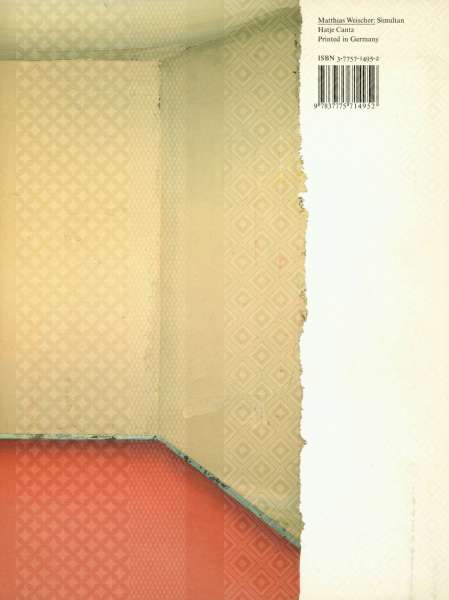 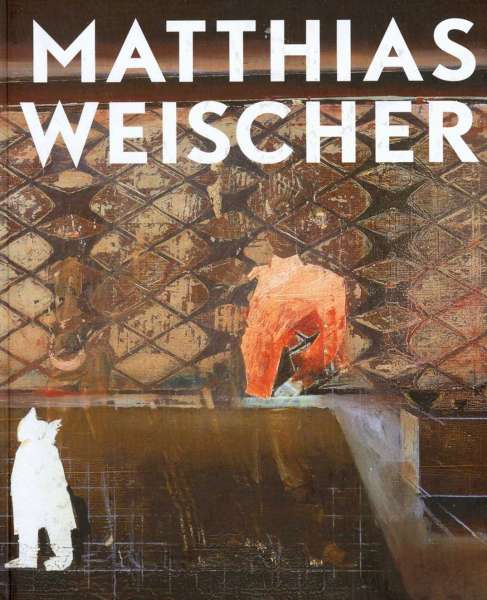