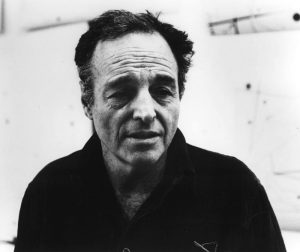 A pioneer of hard-edged abstraction, American painter Al Held (1928−2005) created works of great complexity during his 50-year career. Exploring the ability of abstraction to reach beyond the realm of the viewer’s primary senses, the artist continually expanded his painterly language and practice.

Born in Brooklyn, New York, in 1928, Held first attended the Art Students League in New York and then the Académie de la Grand Chaumière in Paris (1951−53). When he returned to New York in 1953, Abstract Expressionism was dominant. Although Held’s work was associated with the movement (he took part in several of its key exhibitions including ‘American Abstract Expressionists and Imagists’ at the Solomon R. Guggenheim Museum, New York (1961), ‘Geometric Abstraction in America’ at the Whitney Museum of American Art, New York (1962) and ‘Post Painterly Abstraction’, curated by Clement Greenberg, at the Los Angeles County Museum of Art (1964)), he ultimately questioned its reliance on reductive flatness, preferring instead to focus on physical space and gravity in his own work.

For Held, spatial complexity was paramount. Like his contemporaries Ellsworth Kelly and Frank Stella, he attempted to create ‘more space’ in his painting, not through the use of sculptural relief but rather within the two-dimensional limits of the picture itself. In his work, composition and painterly tactility work together to bring about an intense physical experience, where the canvas plane seems to expand into the field of the viewer through the compression of volumetric space and different visual dimensions. ‘The basic revolution of Modern Art in the 20th century was to separate subject-matter from content, and to claim that the content of a work of art is in the formal language of the craft itself’, he has said. ‘By this, I mean that concepts like symmetry/asymmetry, gravity/non-gravity, space/flatness, reductivism/complexity all carry philosophical implications. However, one essential ingredient must be added – plasticity – the transformation of all of the above into a plastic experience.’

Held’s early pigment paintings, begun in the 1950s, were built up with raw pigment and thick impasto and featured overlaid colourful, geometric shapes to create a sense of jostling internal energy. Through their uneven accumulations of paint, combination of linear detail with an overall visual distortion, various formal and structural effects could be played out, affirming his belief in painting’s physicality. The artist then switched to acrylic paint, allowing him to achieve a harder-edged clarity. The ‘Alphabet Series’ from the early to mid-1960s, for example, use monumental graphic letters (such as The Big A (1962) or The Big N (1965)), in which the contours of the two-dimensional letters appear to be barely contained within the limits of the canvas. By 1967 Held abandoned colour and painted exclusively in black and white, only returned to it during the late 1970s. This was a period when he also used tape to create increasingly sharply defined lines and contours to create the effect of a vivid, almost hallucinatory, internal space. Realising, from around the mid-1960s onwards, that he had reduced his language as far as he could, Held reacted to the prevailing Minimalist impulse and continued on his own path of complex illusionism.

‘I began to see the world as increasingly complex, contradictory, and paradoxical. This provoked my formal move away from flatness to spatial illusionism, simply to get more information into the paintings’.

Drawn to work on a large scale (he was an admirer of the paintings of Mexican socialist realist David Alfaro Siqueiros), he completed several public commissions in New York, Washington DC and Philadelphia, as well as the monumental work Greek Garden (1966) in the Met, New York. Alongside his own painting, Held also taught on the graduate program at Yale University School of Art from 1963 until 1980.

Throughout Held’s career, Renaissance art remained a key reference point; its qualities of volume, light and symmetry and overall polished surfaces. This is particularly visible in the later works, which are monumental, complex and luminous with smooth surfaces that have been sanded down in order to eliminate any traces of gesture.

‘What I aspire to is to be able to transform this paradoxical, complex, and contradictory reality into a pictorial structure which could be experienced by the spectator as something harmonious and non-threatening. In other words, I would like to show that chaos with its multiplicity of choices and possibilities can be viewed as a welcoming environment.’

Al Held was born in Brooklyn in 1928 and died in Todi, Italy in 2005. He exhibited extensively throughout his career including solo exhibitions at Stedelijk Museum, Amsterdam (1966); San Francisco Museum of Modern Art and Corcoran Gallery of Art, Washington DC (1968); ICA, Philadelphia (1968); Contemporary Arts Museum, Houston (1969); Whitney Museum of American Art, New York (1974); and ICA, Boston (1978), among other museums. He produced major public artworks in prominent cities around USA including Philadelphia, Washington DC, New York and Orlando. Held's work features in many museums and public collections including those of the Metropolitan Museum of Art, New York; Museum of Modern Art, New York; National Gallery of Art, Washington DC; Neunationalgalerie, Berlin and Kunstmuseum, Basel. 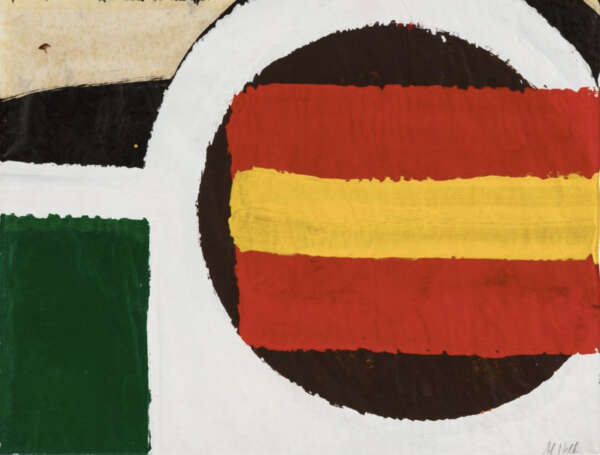