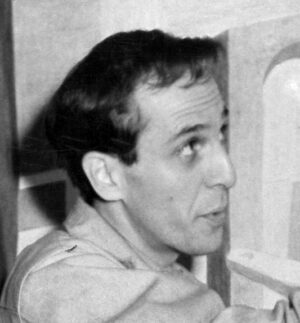 Philip Guston was a Canadian born, American painter who famously belonged to the Abstract Expressionist movement before turning to politically charged figurative works.

He moved with his family to Los Angeles where he began painting by the age of 14, independently creating socially conscious mural projects on family property by the age of 18. He studied at the Otis Art Institute in 1930 with Jackson Pollock and moved to New York in 1935. Primarily self-taught and already motivated by socially progressive issues, he worked for the Works Progress Administration's Mural Division until 1940, creating works such as Maintaining America's Skills for the facade of the WPA building at the 1939 World's Fair. He also worked for the Treasury Department's Fine Arts Section from 1938 to 1942. Guston's early paintings, such as Bombardment (1937–38) were influenced by Mexican muralists such as Diego Rivera. Pablo Picasso's major exhibition at the Museum of Modern Art, New York, in 1939 was another major influence on his work.

Guston was artist-in-residence at the State University of Iowa in Iowa City between 1941 and 1945, and at Washington University in Missouri until 1947, returning to New York after winning a Guggenheim Fellowship. Redefining his style and becoming associated with Abstract Expressionism and the New York School, he created lyrically abstract works such as Evidence (1970). A highly personal lexicon of images then began to recur in his works, such as Klansmen, soles of shoes, cigarettes, and light bulbs. The newly figurative, existential work was initially poorly received, even ridiculed by critics such as Hilton Kramer. Guston lost his representation at New York's Marlborough Gallery as a result. He was supported, however, by his New York School colleagues and defended his "impure" painting vocabulary as a reflection of the image-ridden condition of modern existence itself. 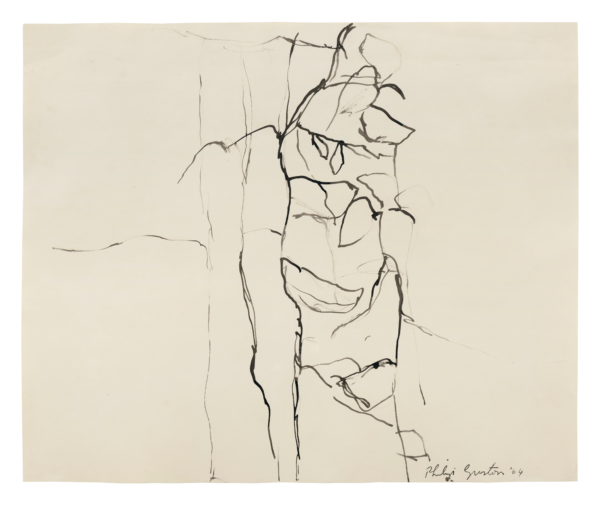