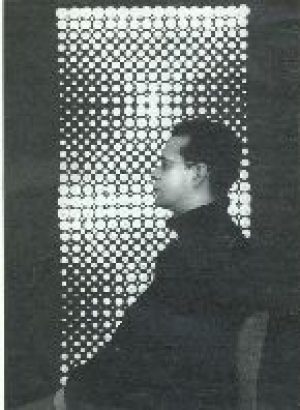 Mavignier began his painting career in 1945, and after only four years of figuration became dedicated to abstraction. Moving to Paris, his work became 'concrete' and he was allowed to exhibit at the ‘Salon des Réalités Nouvelles’ in 1953. He then studied at the Hochschule für Gestaltung in Ulm, Germany as a pupil of Max Bill where he would remain until 1958.

In 1954 Mavignier met Josef Albers and he painted his first ‘Punktbilder’, followed by the ‘Rasterbilder’ in 1955. Mavignier’s artistic development kept pace with his experimentation: in 1956 op-art pictures appeared and in 1957 the artist created his first monochrome works. From 1958 Mavignier worked with the artists of the Zero group. His work was included in the significant exhibition ‘Konkrete Kunst’ at the Helmhaus in Zurich in 1960, and in 1960/61 he was involved in the exhibition ‘Nove Tendencije’ in Zagreb as a co-organiser. In these years the first so-called ‘permutations’ works appeared, pictures with mathematically calculated combinations of colour and form.

In 1964 Mavignier participated in the Biennale in Venice and in Documenta III in Kassel. In 1965, he was appointed to the Staatliche Hochschule für Künste in Hamburg as Professor of painting. His work was included that year in the seminal exhibition ‘The Responsive Eye’, which was organised by the Museum of Modern Art in New York. In 1982 he worked on some radically designed posters which were readable from all sides. More recently, his works were shown at the Museu de Arte Moderna in Sao Paulo in 2000 and at the Museum für Konkrete Kunst in Ingolstadt.

His 'Punctum' portfolio is held in the permanent collection of MoMA, New York. 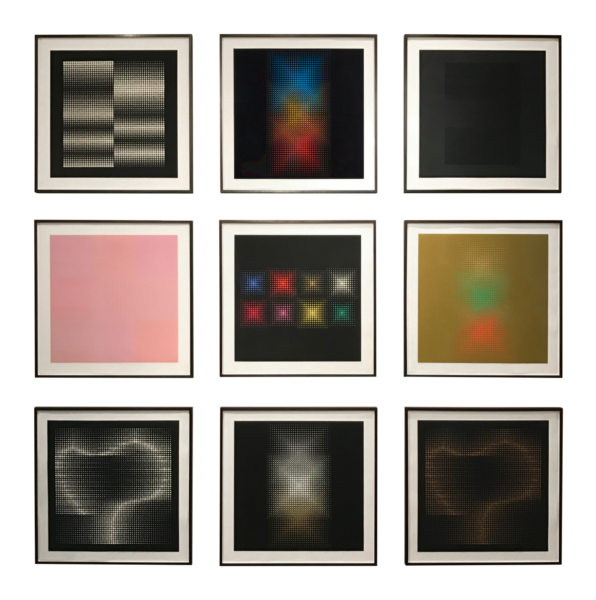