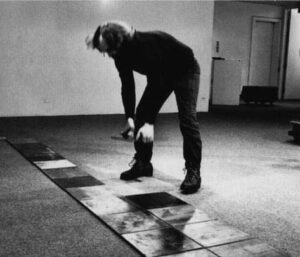 Carl Andre is an American artist living and working in New York. He was a leading member of the Minimalist movement of the early to mid 1960s.

At the age of 22 Andre began to work as as an editorial assistant for a publishing house in New York. At that time he began executing wood sculptures, these influenced by Constantin Brancusi and by the black paintings of his friend Frank Stella.

Andre began to write poems in the tradition of Concrete Poetry, displaying the words on the page as if they were drawings. He became completely convinced by Minimalism as an art form of great persuasion, becoming a champion of the movement in the early 1960s, whilst holding down other jobs such as being a freight brakeman and conductor for the Pennsylvania Railroad. Andre’s first solo show was held in 1965 at the Tibor de Nagy Gallery, New York and by 1970 he would have a retrospective exhibition at the Solomon R. Guggenheim Museum.

He is best known for his floor pieces made out of standard industrial units such as bricks or metal plates arranged in simple arithmetical combinations. 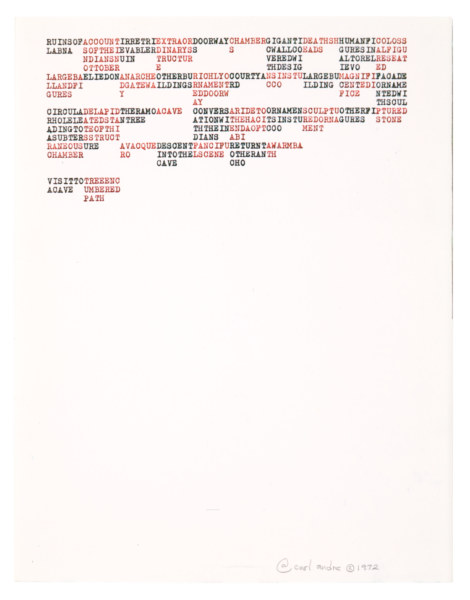 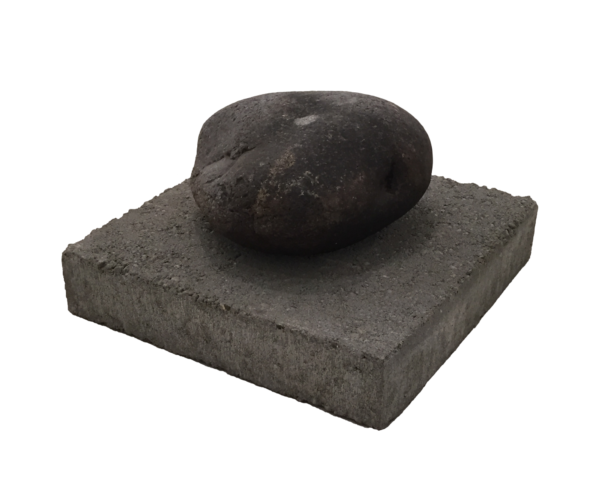