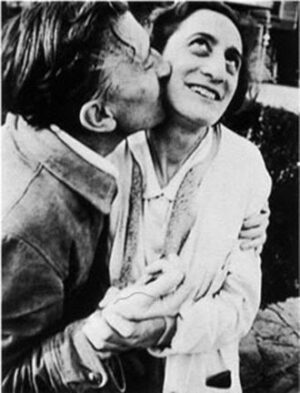 Anni Albers was a textile artist, designer, printmaker known for her pioneering graphic wall hangings, weavings, and designs. She enrolled at the Bauhaus in 1922 and was assigned to the Weaving Workshop. She came to approach the discipline with relentless experimentation, regularly incorporating nontraditional materials into her compositions. Upon completing her course of study there in 1929, Anni Albers joined the Bauhaus faculty.

In 1933, Anni and her husband Josef emigrated to North Carolina, where they founded the art department at Black Mountain College. There, she elaborated on the technical innovations she devised at the Bauhaus, developing a specialized curriculum that integrated weaving and industrial design. It was during this time that she began to collect Pre-Columbian art, particularly textiles. In 1949, she became the first designer to have a one-person show at The Museum of Modern Art, New York; the exhibition Anni Albers: Textiles subsequently traveled to 26 venues throughout the United States and Canada. Following the Alberses' move to New Haven in 1950, Anni Albers shifted her focus primarily to her workshop, spending the 1950s creating mass-reproducible fabrics (including a commission from Walter Gropius for Harvard University), writing, and developing her "pictorial weavings," culminating in the exhibition Anni Albers: Pictorial Weavings at the MIT New Gallery, Cambridge, Massachusetts, in 1959 (traveled to Carnegie Institute of Technology, Pittsburgh; Baltimore Museum of Art; Yale University Art Gallery, New Haven; and Contemporary Arts Museum, Houston).

In 1963, Anni Albers added printmaking to her artistic repertoire, working primarily in this medium from that point on. Her prints have been featured in numerous exhibitions worldwide, including Anni Albers. Bildweberei, Zeichnung, Druckgrafik at the Kunstmuseum Düsseldorf in 1975 (traveled to Bauhaus-Archiv, Berlin). A retrospective exhibition on the 100th anniversary of her birth in 1999, organized by the Albers Foundation and the Peggy Guggenheim Collection, Venice, traveled to the Josef Albers Museum, Bottrop; the Musée des Arts Décoratifs, Paris; and The Jewish Museum, New York.

Her book On Weaving, published in 1965, helped to establish design studies as an area of academic and aesthetic inquiry and solidified her status as the single most influential textile artist of the twentieth century.

The Guggenheim Museum Bilbao recently presented an in-depth survey of the artist’s work, Anni Albers: Touching Vision (October 6, 2017 to January 14, 2018). Tate Modern, London are currently holding a retrospective of the artist's work, which opened firsty at the Kunstsammlung Nordrhein-Westfalen in Düsseldorf, June 9 to September 9, 2018. 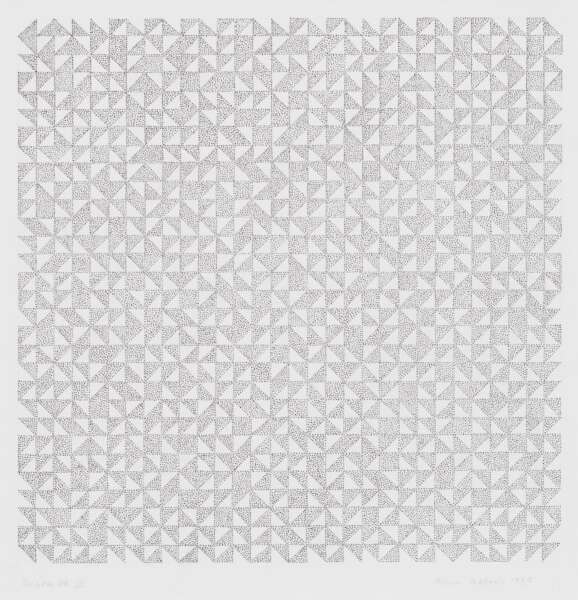