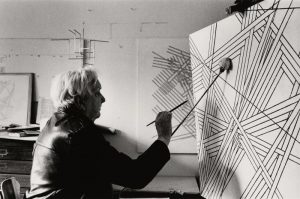 Kenneth Laurence Martin was an English painter and sculptor who along with his wife Mary Martin and Victor Pasmore was a leading figure in the revival of Constructivism in Britain and America in the 1940s.

After part-time study at Sheffield School of Art, Martin won a scholarship to the Royal College of Art in 1929-32. In the 1930s, he painted in a naturalistic style and was associated with the Euston Road School and with Pasmore was a member of the London Group. During the 1940s Martin’s work began to emphasise elements of structure and design until 1948–49 when following Pasmore’s lead he became purely abstract. “The moment I became a purely abstract artist I began to realise what I had been missing....That I’d really missed the whole of the modern movement’’. Martin's first constructions appeared in 1951 and he became known for his mobile works and kinetic sculpture.

Martin’s particular interest became Geometric abstraction. Kenneth and Mary Martin along with Pasmore exhibited together in a number of group exhibitions during the 1950s including This Is Tomorrow. Kenneth and Mary had a joint exhibition at the I.C.A. in 1960.

There is a stainless steel fountain by Kenneth Martin at Brixton Day College in south London, and an aluminium sculpture at the Engineering Department at the University of Cambridge. An exhibition of the work of Kenneth and Mary Martin was mounted at the Tate St Ives in 2007. 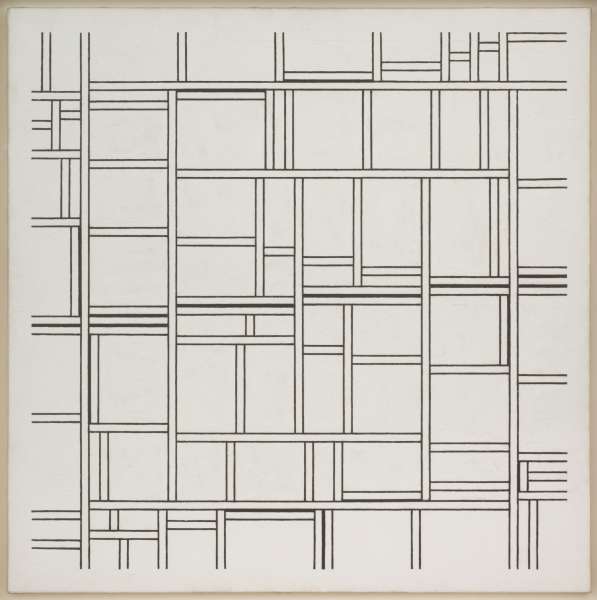