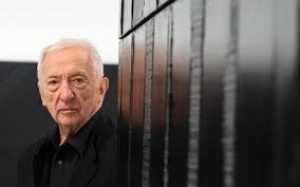 Pierre Soulages was the last of the great painters to have been involved at the beginning of Art Informel, the post-war movement which encompassed Tachisme, Abstraction Lyrique, Gutai and CoBrA, that was the European concurrent of Abstract Expressionism and which favoured abandonment of any premeditated approach.

Born in 1919, in Rodez, France, where a museum devoted to his work opened in the summer of 2014, Soulages became known as “the painter of black”. By 1946, having rejected formal art training before the war, Soulages established a studio in Paris and exhibited at the Salon des Indépendants in 1947, having his first solo exhibition at the Galerie Lydia Conti in 1949. The paucity of colour in his work set him apart from his contemporaries and established him quickly as an intellectual leader of the Jeune École de Paris, but his rejection of a total abandonment of formality soon set him at odds with the principles of the Informelistes and since the early 1950s, Soulages defied classification.

A looser style of brushwork increasingly defined his method throughout the 1950s, and a fascination with the surface reflection of, and contrasts within, pure tones of black began to steer his exploration as an artist. A visit to Japan in 1958 cemented his interest in painted large-scale calligraphy, and this influence is clearly visible for prolonged periods throughout the 1960s and 1970s. Soulages was regularly included in the influential Documenta exhibitions and his first major travelling retrospective took place in Hanover, Essen and The Hague during 1960 and 1961.

Soulages’ fascination with black, the tone with which he had come almost exclusively to mark his canvases, became a practical obsession in 1979 with the creation of his first outrenoir (beyond black) paintings. With outrenoir, black became the starting point of a painting, the canvas itself, upon which he would perform dynamic actions with the brush or palette-knife. In this way, through scoring and scraping, creating ridges, lines and fields of black, Soulages explored the property of black itself and in particular its capacity to hold or reflect light, depending on a simple action performed upon the layer of paint.

A career-crowning retrospective exhibition at the Centre Pompidou, Paris in 2010 and a further exhibition at the Musee du Louvre beginning in 2019 on the occasion of his 100th birthday confirmed Soulages as the father of post-war European abstraction. Pierre Soulages died in 2022 in France at the age of 102.

The first print made by Pierre Soulages dates from 1952 and may not have been made at all had a chance event not taken place one year earlier.

Madeleine Lacourière, of the Lacourière printing workshop, had been walking past the window of Galerie Carré in Paris where Soulages had a painting in an exhibition. She tracked the artist down and asked him to work with their studio on two editions, a proposal which Soulages was initially reluctant to consider because he knew nothing about any printmaking process. Mme Lacourière was not easily dissuaded however and continued to charm the artist until he agreed to her suggestion. “If you are pleased with the results”, she told him, “we will publish the prints. If it doesn't work out, it will just be a little wasted time for both of us.” The Lacourières put their studio at Soulages’ disposal and taught him the basic principles of etching and aquatint.

The two prints from that early time were so-called interpretation prints, etchings in colour that were based on two of his existing paintings. Although the prints were quite beautiful, 5 years passed before Soulages would again attempt to make any more. The first two works had not satisfied his need to create, which he held as a necessary value in whichever medium he chose. Making versions of images he had already created was not what he wanted to do. In 1957 he returned to Lacourière to learn more but also visited and worked with Mourlot, who was Picasso’s printer, to open himself to a variety of teaching. One day in Lacourière’s studio Soulages made an accidental discovery which changed his outlook entirely.

Soulages’ natural etching style had been to scrape away the varnished surface to expose the copper plate, in gestures that moved back towards him, rather than to incise by way of a pushing motion. When a design had begun to take shape, the copper plate would be bathed in acid and the acid would bite where the copper had been exposed, deepening the gestures. Soulages would let prolonged acid exposure become part of the creative process, achieving random effects which the artist found pleasing and would work with and around. The deeper the cavities in the plate, the greater would be the eventual ink load on the paper. Roger Lacourière cautioned Soulages against going too far, “as long as there is copper Pierre, there is hope.” The inevitable happened though. The artist went too far and the acid ate through the copper plate in places. Lacourière shook his head, laughed and told Soulages that, as far as that particular plate was concerned, “it’s over.”

“I”, recalled Soulages, “a little out of spite and a little out of curiosity, I printed the plate with the hole I had made and the realised a great thing that I could not have foreseen. When the paper is pressed on a copper plate, under the press, which is a kind of rolling mill, the flesh of the paper is no longer the same, it has become smooth, burnished by the copper. Where the copper has been holed, the paper is spared, it keeps its paper life and I found it beautiful. The hole I made left white paper, but it was not the same white…because of the contrasts with the surrounding colours it seemed even whiter.”

Soulages extended this practice by removing parts of the copper plate so that it no longer had a rectangular border, "Why should a rectangular sheet of paper still be printed with a rectangle?" For some prints the artist would use more than his own bodyweight in acid to achieve the depth of ink saturation he strived for, in his words “provoking the material, bringing out surprises, unforeseen events, taking risks and seizing chances.” In this way his printmaking kept pace with his painting practice which was, after all, a long journey towards black. Working in this way became a source of great satisfaction for Soulages, who had finally found how to make prints in the way he approached his paintings, creating material form and colour at the same time. Soulages worked also in lithograph and in silkscreen, and in each medium he managed to deviate from the normal established practices, seizing on chance effects and developing them in ways that had not been previously explored. He would work directly on printed proofs, adjusting them before printing them again, constantly developing his imagery and increasing the scale of the sheets on which he worked.

Soulages’ early desire to let light into his printed compositions, accidental or otherwise, is of course directly related to the way in which his outrenoir paintings are conceived. “I realised that I was no longer working with black, but with the light reflected by the dark.” The term outrenoir, the closest translation of which is “beyond black”, is often misunderstood by those with only a passing knowledge of Soulages’ work. Outrenoir is not about the particular black the artist chooses to use, it is not about the visual effects that appear in reflection, or the gleaming, luminescent quality of the work. “Outrenoir”, explains Soulages, “is not an optical phenomenon. It’s a mental state that you reach when you look deep into it, it’s beyond black.” Soulages has chosen, since 1979, to paint almost exclusively in black. 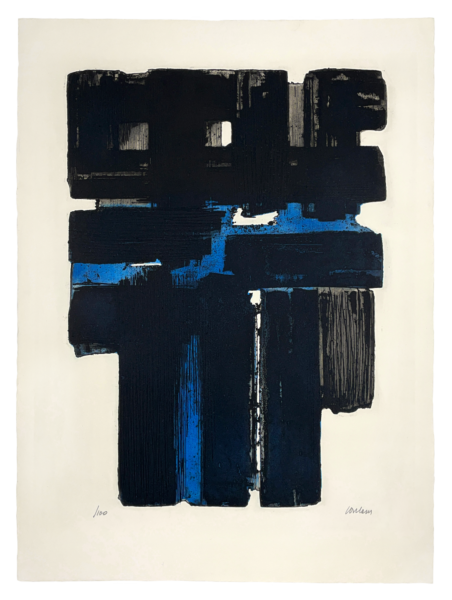 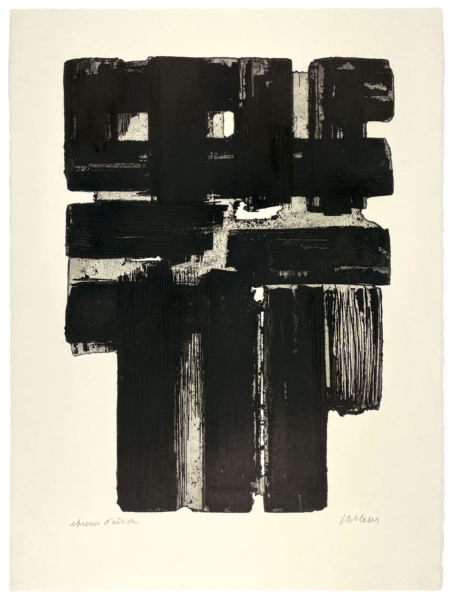 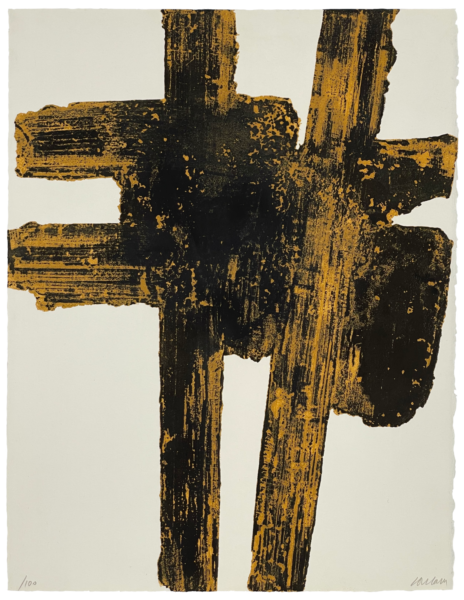 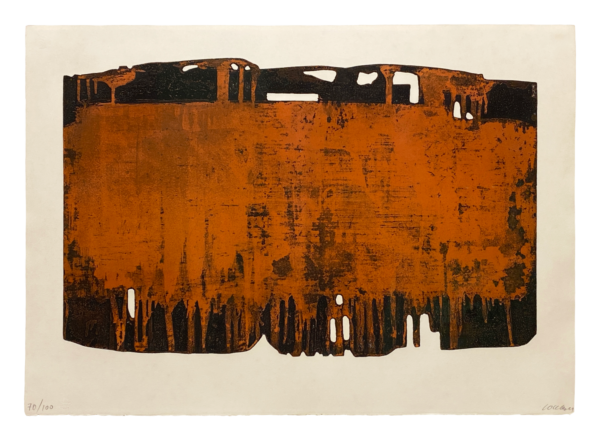 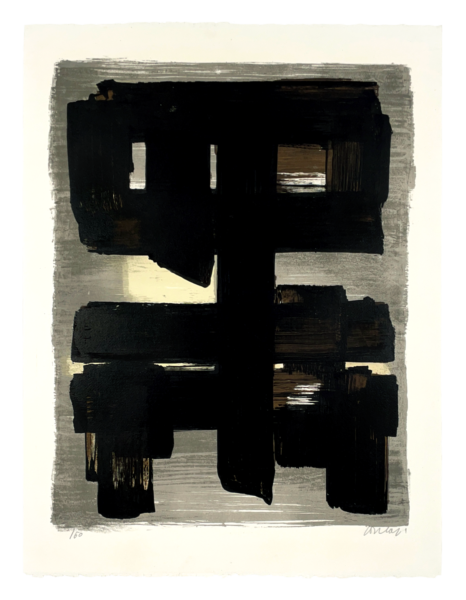 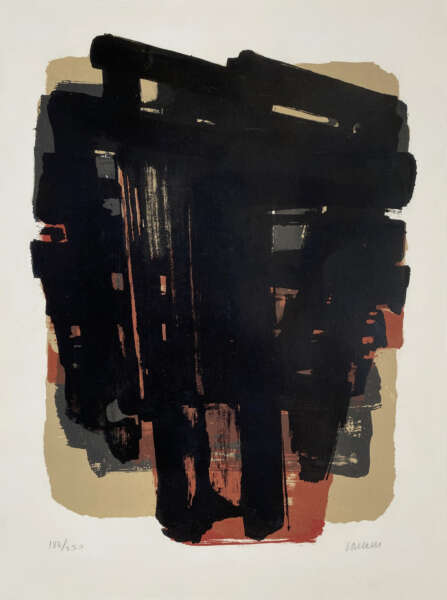 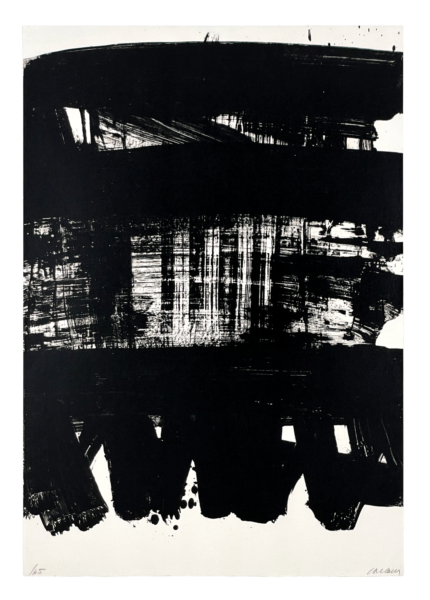 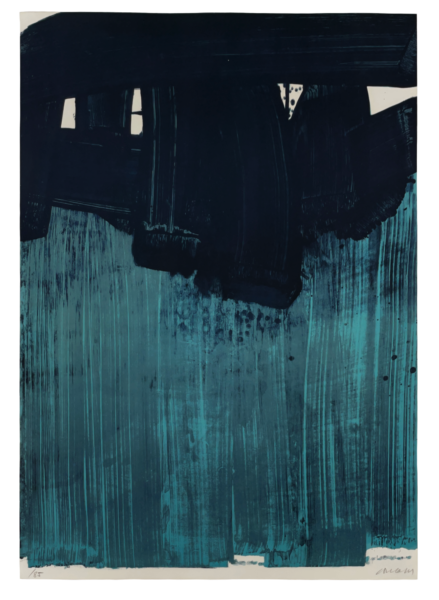 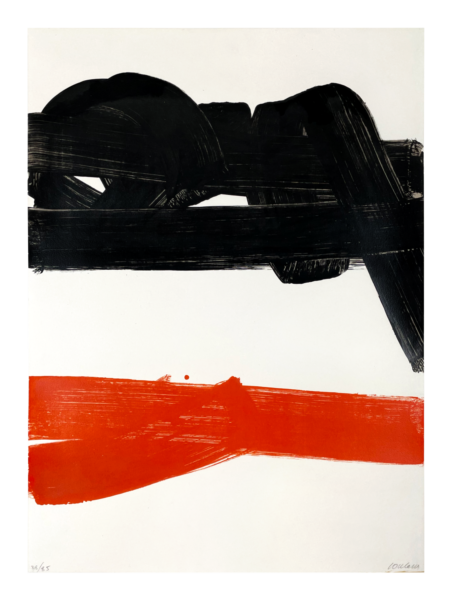 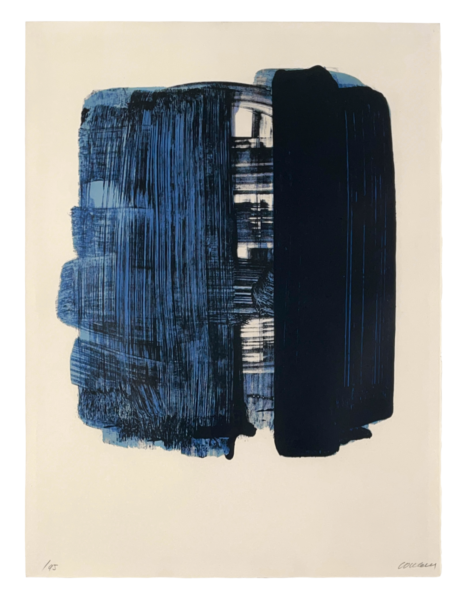 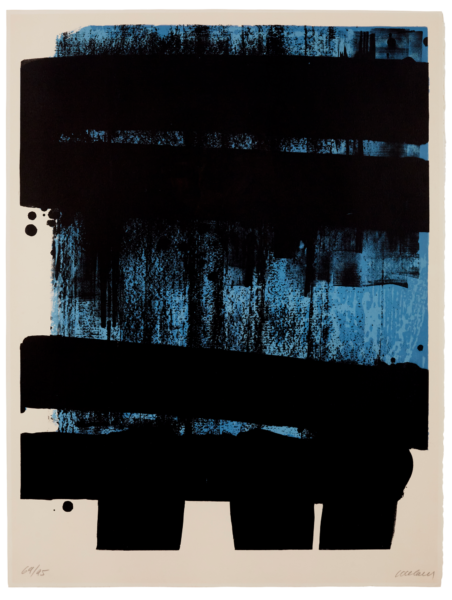 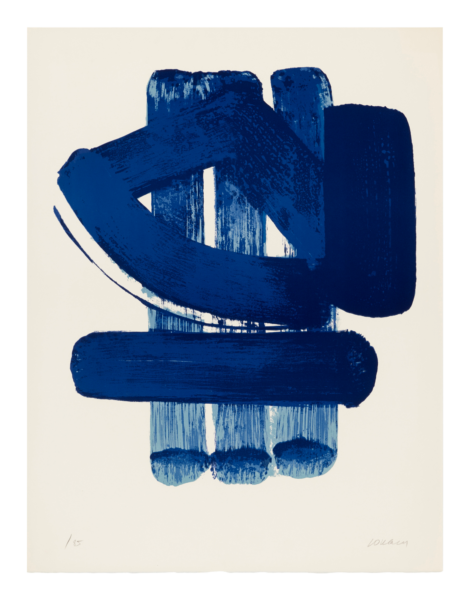 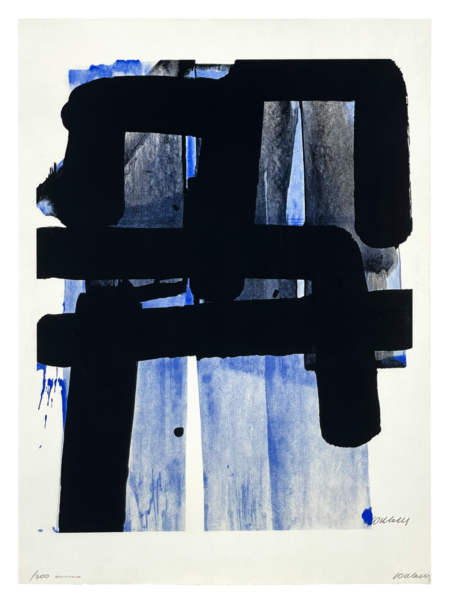