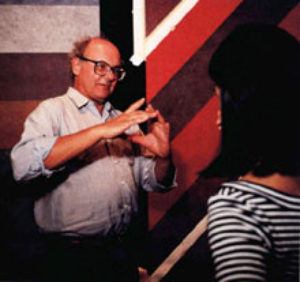 Sol LeWitt was an American artist, living and working in New York, Italy and Connecticut.

Initially an illustrator for Seventeen magazine, LeWitt became a graphic designer in the office of architect I. M. Pei. During the first few years of the 1960s, LeWitt supplemented his meagre income by working as a night receptionist at the Museum of Modern Art, where he met fellow artists Dan Flavin, Robert Mangold and Robert Ryman.

LeWitt initially made paintings and reliefs before concentrating on three-dimensional works based on the cube from the mid-1960s. For these he used precise, measured formats such as grids and modules, and systematically developed variations. His methods were mathematically based, defined by language, or created through random processes. He took up similar approaches in works on paper. The artist’s first solo show took place in 1965 at the John Daniels Gallery in New York. LeWitt’s art was shown in group exhibitions of what would soon be known as Minimalism, one of which was the 1966 exhibition Primary Structures at the Jewish Museum in New York.

LeWitt is regarded as a founder of both Minimal and Conceptual art. Inspired by Muybridge’s sequential photographs of animals and people in motion, LeWitt incorporated seriality in his work to imply the passage of time or narrative. Two important essays by LeWitt defined the new movement: “Paragraphs on Conceptual Art” (1967) and “Sentences on Conceptual Art” (1969).

He began making wall drawings in 1968. The earliest consisted of pencil lines—in systematic arrangements of verticals, horizontals, and diagonals on a 45-degree angle. Later wall drawings included circles and arcs in coloured pencils: LeWitt would eventually use teams of assistants to create such works. In sculpture, LeWitt mapped out all possible permutations (he found 122) of a cube with one or more sides missing: Variations of Incomplete Open Cubes (1974).

In 1980 LeWitt left New York for a quieter life in Spoleto, Italy. LeWitt’s wall drawings and graphics since then have incorporated geometric forms and stars, as well as solid areas of ink-washed color. His wall drawing for the 1988 Venice Biennale engulfed the Italian Pavilion’s interior. In 1996 he introduced acrylics into his wall paintings; he has described the colours of these paintings as “raucous and vulgar.”

Collecting since the 1960s, LeWitt and his wife, Carol, accumulated well over eight thousand artworks by his predecessors and contemporaries and have been generous lenders to various institutions, especially the Wadsworth Atheneum. Comprehensive traveling LeWitt retrospectives have been organized by the Museum of Modern Art in New York (1978) and the San Francisco Museum of Modern Art (2000). 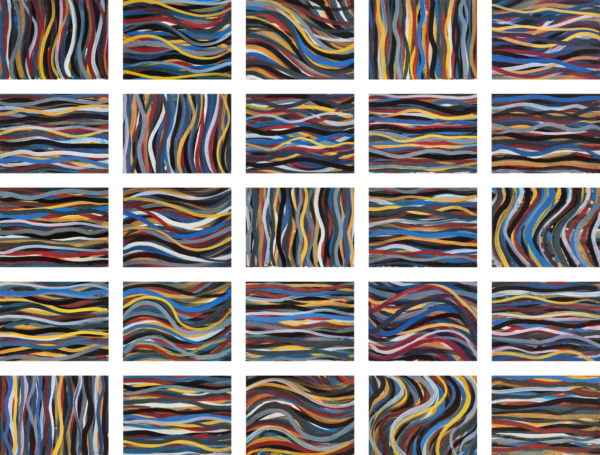 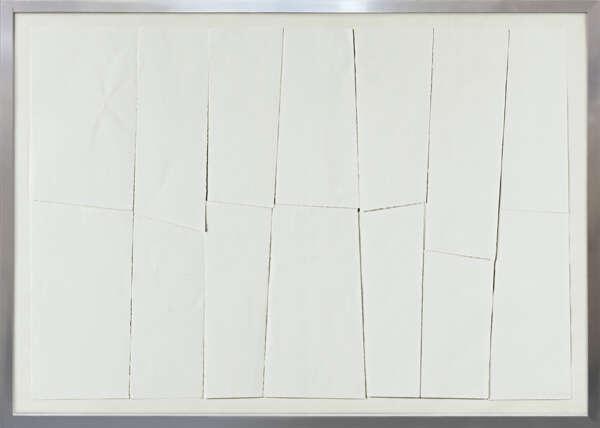