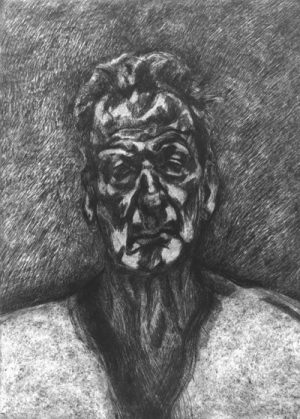 In the mid-1940s Graham Sutherland, an influential British artist, gave his friend Lucian Freud a set of his own etching tools as a gift. Freud had made two linocuts in 1936, and a single pen lithograph in 1944: they were not notable successes. Sutherland, who was a keen sponsor of the young Freud’s work, thought Freud’s draughtsman-like, direct, almost miniaturist style was much more suited to the etching plate. Freud began tentatively, his first etching was produced in the modest edition size of only 3 copies, his second only 4. By 1948, he had executed just 6 etchings, a mere 30 prints in total. Surprisingly, that would remain the case for another 34 years. By the early 1950s, Freud had arrived at the conclusion that his advancement as an artist was being hampered by his overtly linear style, which was also the defining manner of his paintings. Freud blamed his drawing, and as an extension of that, his etching. From that time, until 1982, Freud worked solely as a painter.

The inducement to restart his etching career came from Lawrence Gowing, who had written a monograph on Freud. The deluxe edition of 100 copies of the book, Gowing requested, should contain one of four etchings printed in an edition of 25. Upon returning to etching, having spent so many years in which he had only painted, Freud found his line was looser and more gestural. Thus encouraged, printmaking almost replaced the role of drawings in his work for a period. By the end of 1982, Freud had added 15 etchings to his total. Not all were published, as some were the exploratory works of an artist seeking to regain his confidence in the medium. These efforts helped assuage Freud’s concerns over the effect of the graphic arts upon his painting, although by this time his doubts could have retained little foundation: Freud’s now familiar, heavily impastoed style of painting must have been unassailable. If anything Freud’s etchings had become closer to his paintings, especially considering Freud rarely drew with any material, by this time, other than charcoal. Freud was soon ready to make etchings on a grander scale.

During Freud’s long career, the artist produced only a little over 70 etchings, many of which were not published, existing only as proofs, and many which were produced in editions so small that there is no possibility of any leaving the great collections to which they now belong. Their importance in Freud’s work can be illustrated by referring to the 2007 exhibition at New York’s MoMA entitled Lucian Freud: The Painter’s Etchings, which gathered together 68 of these works and showed them, with 21 related paintings, to a responsive public.

ARCHEUS/POST-MODERN are leading dealers in the etchings of Lucian Freud. 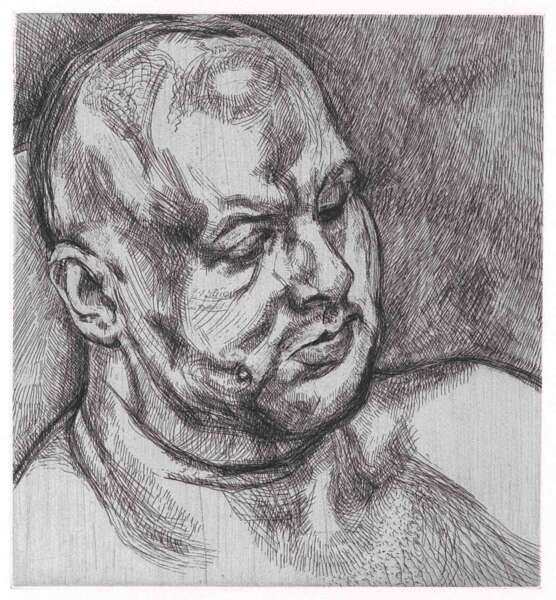 Head of a Man - Lucian Freud 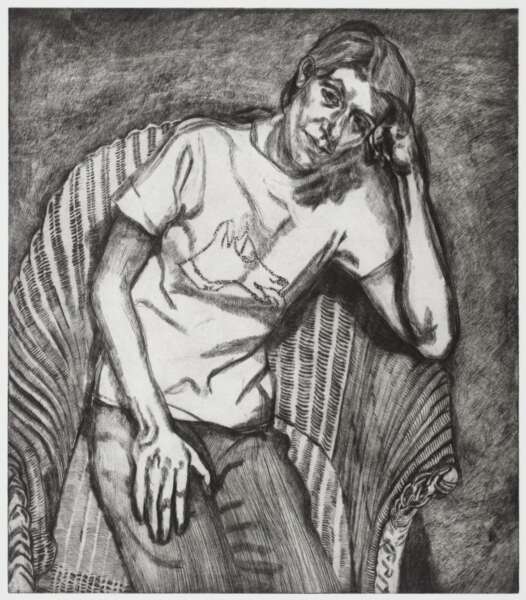 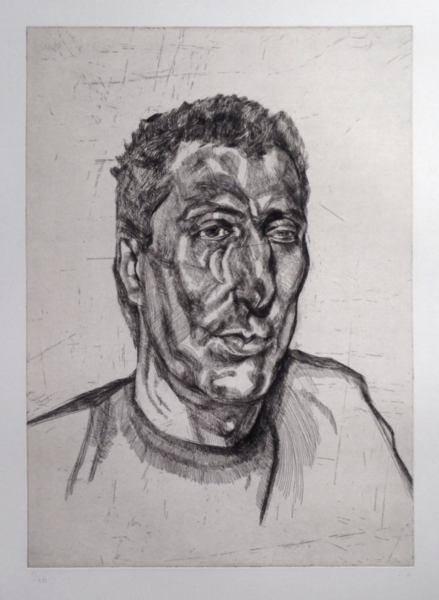 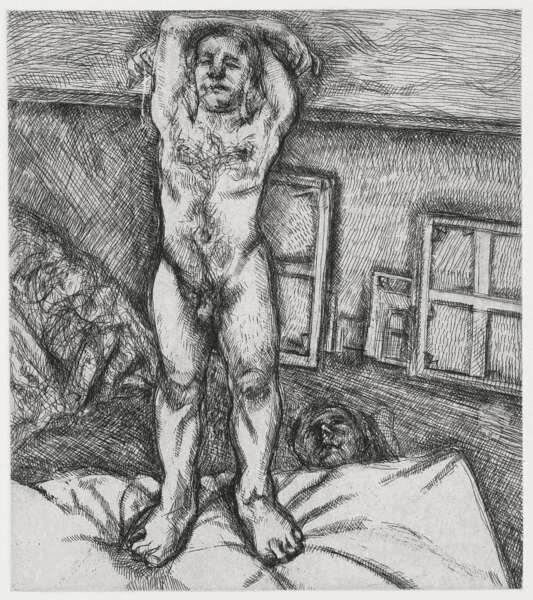 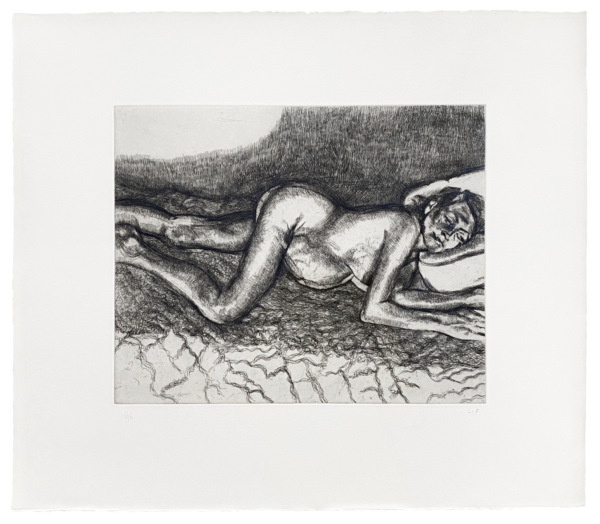 Before The Fourth - Lucian Freud 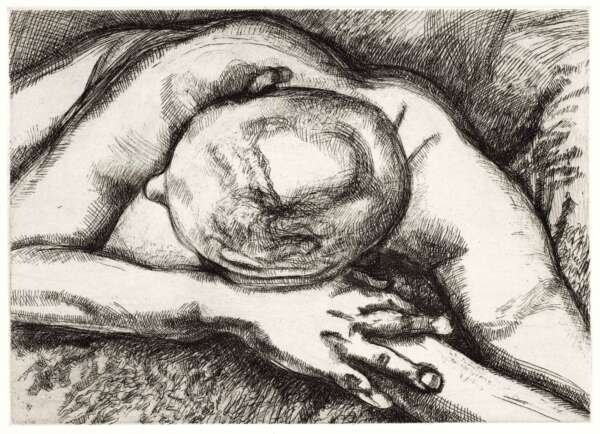 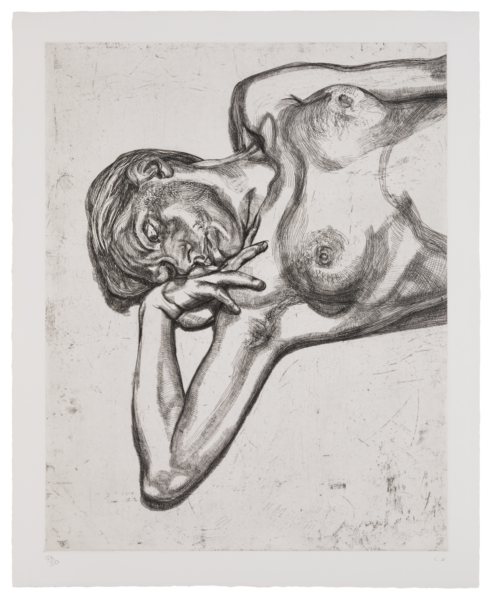 Head and Shoulders of a Girl - Lucian Freud 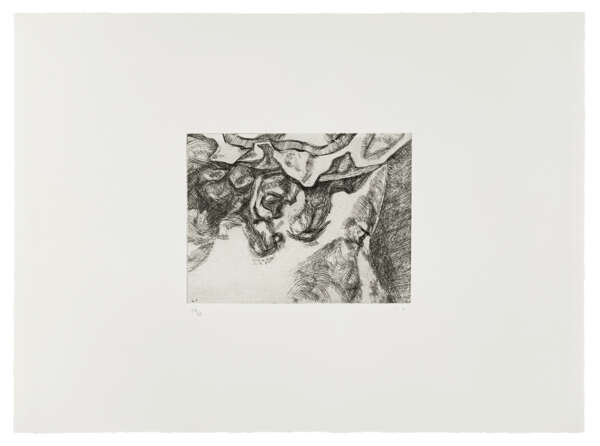 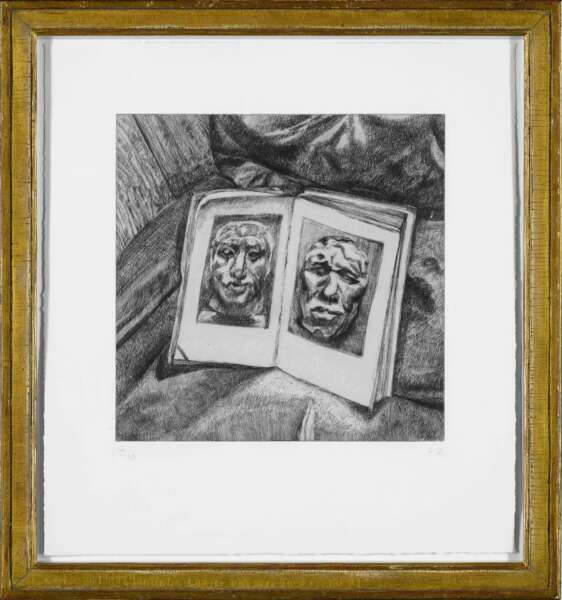