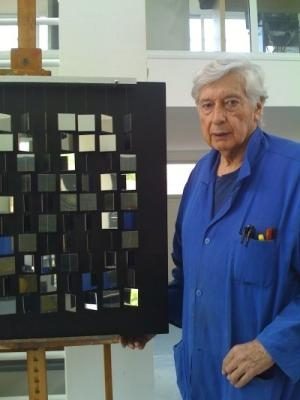 Born in Mendoza, Argentina, in 1928, Julio Le Parc studied and engaged with abstract avant-garde movements in Buenos Aires. Whilst at the School of Fine Arts there, and showing growing interest in the artistic avant-garde movement in Argentina he, along with fellow artists Hugo Demarco, F. García Miranda, Francisco Sobrino, Horacio García Rossi, Molnar, began to form what would eventually become the Groupe de Recherche d’Art Visuel, or GRAV.

In 1958, Le Parc moved to Paris, where he connected with artists Victor Vasarely, Jesús Rafael Soto and Carlos Cruz-Diez who were already there. There they met Georges Vantongerloo, François Morellet, and Denise René, a french dealer with whom they became friends. René, a French dealer, was committed to the promotion of abstract art, and later helped launch kineticism. In common, they had studied Lucio Fontana's Spazialismo movement, Le Parc in particular being influenced by the writings of Piet Mondrian and the practice of Constructivism. Upon building relationships with these fellow artists and moving permanently to Paris, the GRAV group was established in 1960 with the collective strategy to delegate the creative act to the viewer. The group advocated for art to play a wider and more active role in society. René published many editions by GRAV artists, with the intention of distributing their ideas faster and more widely.

In 1966, Le Parc won the Grand Prize in Painting at the 33rd Biennale di Venezia. By this time, Le Parc had become engrossed in experiments with light, such as those with projected lights in darkened rooms, adding a sense of playfulness and encouraging viewer participation.

Le Parc was the subject of a solo exhibition at the Metropolitan Museum of Art, Met Breuer, New York 2018-2019 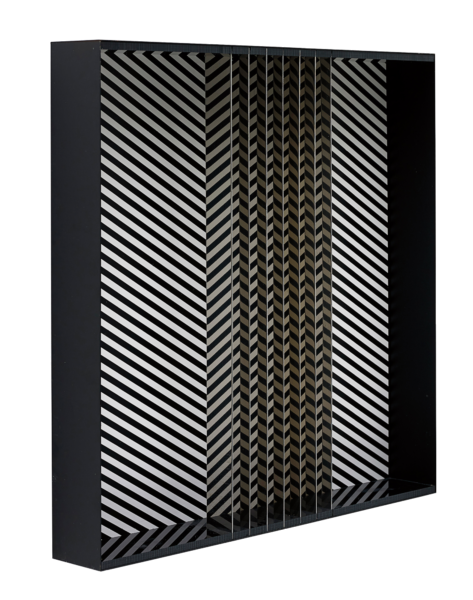