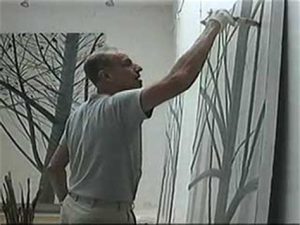 Alex Katz is an American artist who, born in 1927 in New York, became active at exactly the same time as the rise to prominence of the Abstract Expressionist movement. He studied at the Cooper Union School of Art and the Skowhegan School of Painting and Sculpture, and steadfastly refused to align himself with AbEx, instead using cutout figures comprising painted figures on canvas glued to plywood and painted with a simple figurative style in flat planes of colour. Katz said bullishly “We compete for audiences, as artists. I’m competing with the Abstract Expressionist guys. I’ll knock ’em off the wall.”
Known for large-scale canvases painted with austere figures set against a monochrome background. Context is rare in Katz’s work, the occupants of his paintings are unsentimentally portrayed to the point of appearing emotionless. Ada, the artist’s wife, is a frequent subject of his work, appearing in numerous paintings by Katz since they wed in 1958.
Katz had his first solo exhibition at Roko Gallery in New York City in 1954, and in 1986 the Whitney Museum of American Art held his first retrospective. Today, Katz’s work is recognized worldwide, but his popularity is most apparent within the United States, and is held in many of the country’s largest and well known collections including the Museum of Modern Art, New York; the Metropolitan Museum of Art, New York; the National Gallery, Washington, DC; and the Art Institute of Chicago. 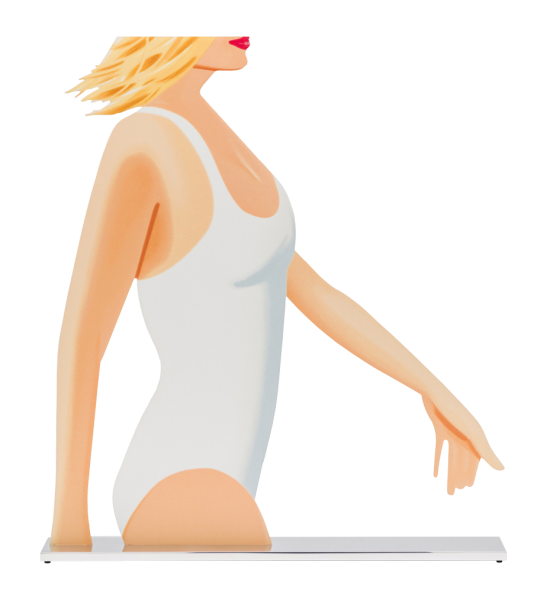