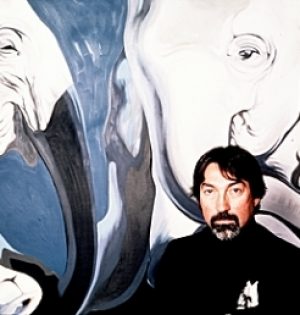 Lowell Blair Nesbitt was a painter and sculptor from Baltimore, Maryland. He studied fine arts in Philadelphia, and also at London’s Royal Academy. By the age of 25, Nesbitt had earned the distinction of a solo show of his abstract paintings at the Baltimore Museum of Art. Encouraged to explore realism by his friend, the artist Robert Indiana, Nesbitt created a series of large scale botanical works, which earned great praise when shown at the Corcoran Gallery of Art in Washington in 1964.

Nesbitt’s work was celebrated as part of the New Realist movement, although he resisted any attempt to classify his work as photorealism. He was included in Aspects of New Realism in the Contemporary Arts Museum, Houston in 1969, had a solo show at Zurich’s influential Gimpel and Hanover Gallery in 1972, and with gallerist Isy Brachot in Hyperrealisme in Paris in 1973.

By 1976, due to the popularity of his work, Nesbitt had become extraordinarily wealthy and purchased a 12,500 square foot former-stable at 389 W. 12th Street in New York, renovating the property to become a studio, as well as including an indoor swimming pool, an outdoor entertainment area on the roof, and a four-story atrium. Unsurprisingly, the address became a popular gathering place for artists: Andy Warhol, Roy Lichtenstein, Robert Indiana, Jasper Johns, Robert Motherwell, Larry Rivers and James Rosenquist were all regular visitors. The space was so spectacular that it featured in articles in the New York Times, the Washington Post and in Architectural Digest.

Nesbitt’s paintings were featured on a set of four stamps issued by the US Postal Service, and he was the official artist for NASA’s Apollo 9 and 13 space missions.
The Onnasch Gallery in Berlin, a hugely important enterprise championing of the most significant American artists, held a solo exhibition of Nesbitt’s work in 1982, by which time the list of his paintings in public collections had grown to over fifty.

In 1989 Nesbitt’s friend, the photographer Robert Mapplethorpe was offered a solo show at the Corcoran Gallery of Art in Washington DC. The works he proposed to exhibit were so sexually suggestive, that the US Congress became involved and the Corcoran cancelled the show. Outraged by such censorship, Nesbitt made it known that he had planned a $1.5m bequest to the Corcoran, which he would revoke if they did not relent and show Mapplethorpe’s chosen works. The Corcoran did not relent, and Nesbitt bequeathed the funds to the Phillips Collection instead.

Nesbitt’s work is held in the collections of MoMA, the Art Institute of Chicago, Dallas Museum of Fine Arts, Fogg Art Museum, the National Gallery of Art in Washington, the Thyssen-Bornemisza collection and the Vatican, amongst others. 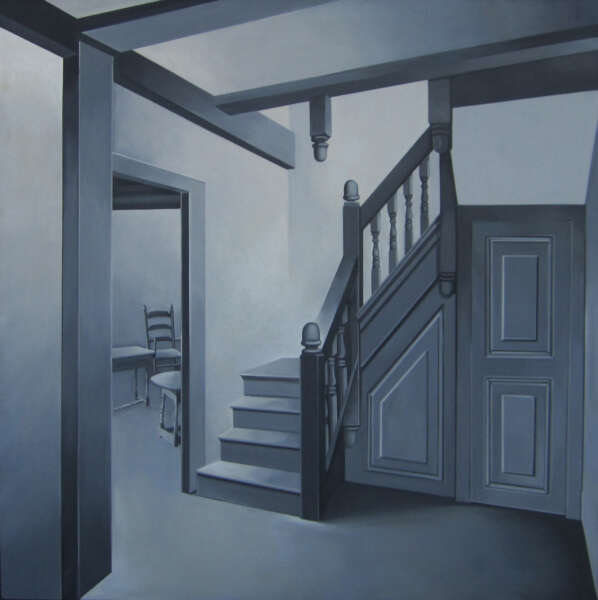