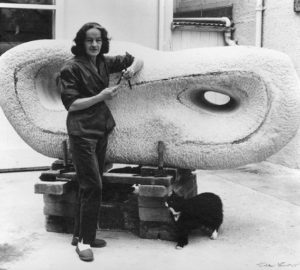 Regarded as the greatest female sculptor of her generation, Barbara Hepworth received international recognition at an early stage and was a prominent member of the St. Ives School of artists.

Born in Wakefield, Yorkshire, where the Hepworth Wakefield gallery now curates her legacy, Barbara Hepworth was awarded a scholarship to Leeds School of Art in 1920. Amongst her alumni was Henry Moore, and the two sculptors became friends and established a long-lasting rivalry despite the challenges Hepworth faced in what was very much a male-dominated environment. Together they established the beginnings of modernism in sculpture, however Hepworth was the first to sculpt the pierced figures that are characteristic of works by both. Hepworth won a county scholarship to the Royal College of Art (RCA) in London, studying there from 1921 until 1924.

Hepworth was runner-up for the prestigious Prix-de-Rome of 1924, which went to sculptor John Skeaping. The two travelled together to Siena and Rome, marrying the next year. In Italy, Hepworth learned how to carve marble from the master sculptor, Giovanni Ardini.

Returning to London with Skeaping, her work was informed by abstraction and the contemporary art movements on the continent. In 1933, Hepworth travelled with Ben Nicholson to France, where they visited the studios of Jean Arp, Pablo Picasso, and Constantin Brâncuşi. Hepworth and Nicholson had triplets together in 1934, but they would not marry for a further four years whilst they were both otherwise married. Hepworth later became involved with the Paris-based art movement, Abstraction-Création, and in 1933 co-founded the Unit One art movement with Nicholson, Paul Nash, the critic Herbert Read, and the architect Wells Coates. The movement sought to unite Surrealism and abstraction in British art.

Hepworth, Nicholson and their children went to live in Cornwall at the outbreak of the Second World War. St Ives had become a refuge for many artists during the war, and she would live and work here for the rest of her life.

In 1950, works by Hepworth were exhibited in the British Pavilion at the XXV Venice Biennale alongside works by Matthew Smith and John Constable. The 1950 Biennale was the last time that contemporary British artists were exhibited alongside artists from the past.

Barbara Hepworth died in an accidental fire at her Trewyn studios on 20 May 1975 at the age of 72. 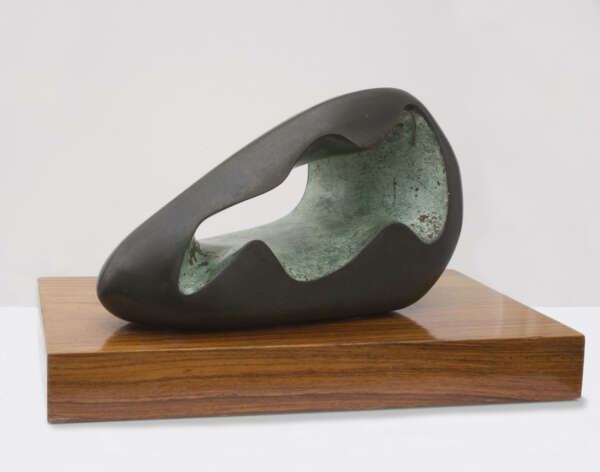