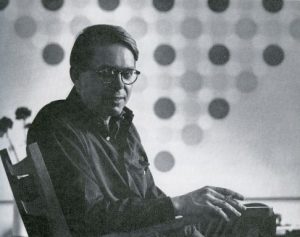 A former student of the Pratt Institute, Brooklyn, and the Académie Julian, Paris, in 1954 Thomas Downing enrolled at Catholic University, Washington, to study under Kenneth Noland. Noland, who became a significant influence on Downing's art, was one of the founders of the Washington Color Field Movement.

In the late 1950s, Downing shared a studio with Howard Mehring, another artist of the Washington Color School. In 1964 Clement Greenberg included Noland, Mehring, and Downing in Post-painterly Abstraction, an exhibition he curated for the Los Angeles County Museum of Art , in which Greenberg brought together exponents of what he saw as a new movement in painting that derived from the abstract expressionism of the 1940s and 1950s but "favored openness or clarity" rather than density. Other artists of note in this exhibition included Sam Francis, Gene Davis, Helen Frankenthaler, Ellsworth Kelly, Sam Gilliam and Morris Louis.

The Washington Color School became an umbrella term for a form of image making concerned primarily with color field painting, a form of non-objective or non-representational art that explored ways to use large solid areas of paint. The Washington Color School originally consisted of a group of painters who showed works in the exhibition "Washington Color Painters" at the now-defunct Washington Gallery of Modern Art in Washington from June 25 to September 5, 1965. The exhibition's organizer was Gerald Nordland and the painters who exhibited were Sam Francis, Gene Davis, Morris Louis, Kenneth Noland, Howard Mehring, Thomas "Tom" Downing, and Paul Reed. This exhibition, which subsequently traveled to several other venues in the United States, including the Walker Art Center, solidified Washington's place in the national movement and defined what is now considered the city's signature art movement.

Downing's work was included in the seminal The Responsive Eye exhibition at MoMA in 1965, as well as Systemic Painting at the Guggenheim in 1966, and Optic Nerve at Columbus Museum of Art in 2007.

A notable pupil of Downing's was the African-American color field painter Sam Gilliam.

Works by Thomas Downing are included in the following public collections: 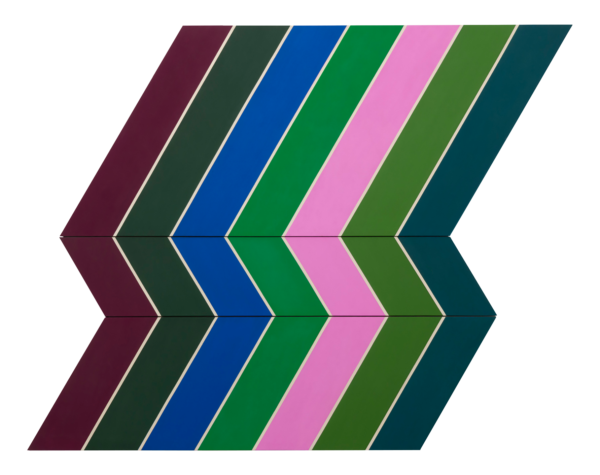