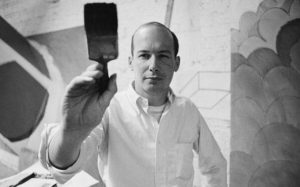 Richard Smith represented Britain at the Venice Biennale in 1970 and, amongst other distinctions, had a retrospective exhibition of his work at the Tate Gallery in London in 1975. In the late 1950s and early 60s, Smith was often associated with American color field painting, however he soon joined the ranks of those artists seeking to extend the surface of the painting out into three-dimensional space by way of complex structures.

In 1972 he exhibited the first of what are called the "kite paintings" in which, rather than using a conventional stretcher, the canvas is tensioned by cords and structures of aluminium tubing which become an element in the composition of the works. Although continually under-appreciated during his career, Smith’s works appeared in several high-profile collections. Michael Chow commissioned three installations for his restaurants in Los Angeles, New York and London in the 1970s, and Terence Conran placed his work in his famous Bluebird restaurant. Kite paintings can be seen in grand scale in the airports of Atlanta, Louisville and JFK.

Works by Smith are in the collection of the Tate Gallery, London and the Museum of Modern Art in New York. 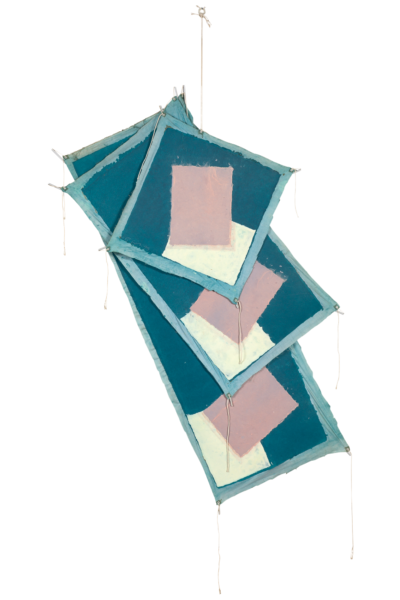