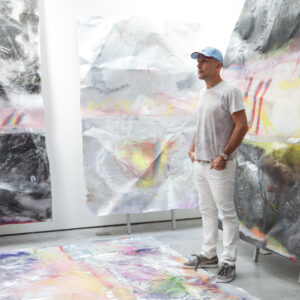 Contemporary British artist Marc Quinn is a notable member of the Young British Artists, an influential group of artists who came to prominence in the art world during the 1990s, including Damien Hirst, Cornelia Parker, Tracey Emin, among others. Quinn’s sculptures and installations examine identity, media and perception through corporeal experimentation with bodies, including his own. Many of his works are often challenging and shocking, either due to scale, violence, or avant-garde innovation.

Born in 1964 in London, Quinn studied History of Art at Robinson College and worked as an assistant to Welsh sculptor Barry Flanagan in the 1980s. He received recognition early in his career, and was the first artist to be represented by art dealer Jay Jopling, who founded White Cube, in the early 1990s. Among Quinn’s best known works is his 2004 commission for the first edition of the Fourth Plinth sculptures in Trafalgar Square, a monumental marble sculpture showcasing the pregnant body of Alison Lapper, accomplished fellow artist who was born with no arms and shortened legs. Self, the first work which brought Quinn international notoriety, is a self-portrait made of a frozen cast of nine pints of his own blood, which he recasts every five years with a new supply of blood, a deeply personal revelation of objecthood and material.

Quinn is one of the most commercially successful artists in the United Kingdom. He has held solo exhibitions at prestigious institutions in more than twenty countries including the Fondazione Prada, Milan; the Tate Modern, London; Royal Academy, London; the National Portrait Gallery, Washington D.C. and the Museum of Modern Art, Dublin. 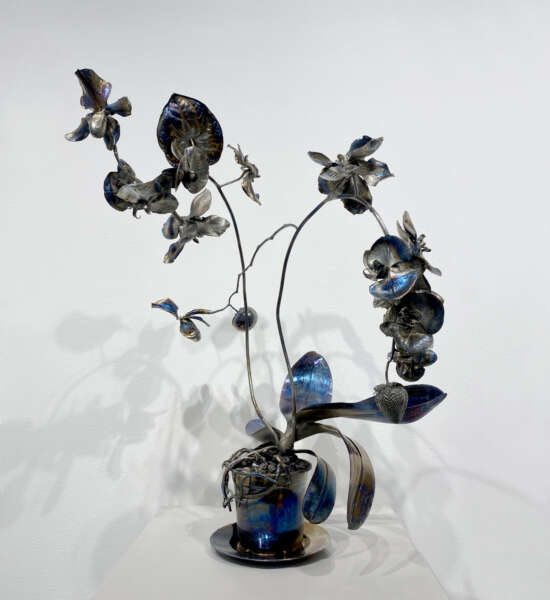