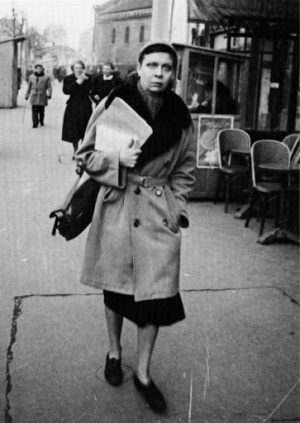 Aurélie Nemours was a Parisian painter of geometric abstraction and was highly influenced by De Stijl, or neoplasticism.

A student of the École du Louvre from 1929, she later attended the Andre Lhote Academy. In 1945 she also began writing poetry, but her first exhibition of paintings came a year later at the Salon of Sacred Art. Nemours had established her style by 1949, her concerns were mainly about the interplay of lines at angles and their relationship to coloured surfaces.

Inspired by Léger, whose studio she frequently visited, Nemour worked in black, white and bold colours, and honed her visual vocabulary to horizontal and vertical planes, right angles, lines, rectangles, and ultimately, the square, her ideal representation of universal harmony.

From 1949 until 1992 Nemours participated in the Salon des Réalités Nouvelles, and had a celebratory retrospective at the Centre Georges Pompidou in 2004. 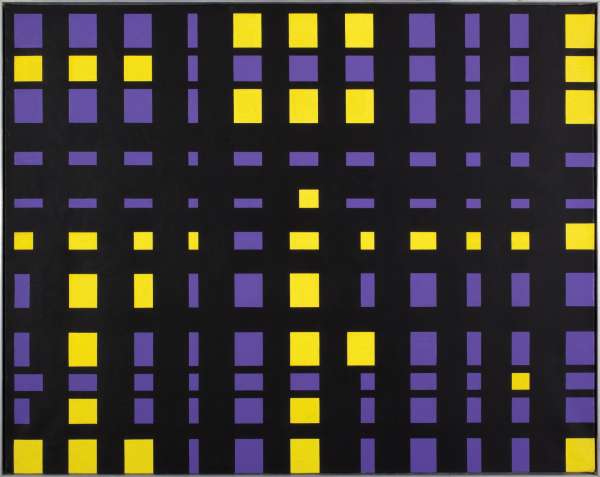