Banksy is an internationally recognised, but pseudonymous, graffiti artist and activist. His stencilled street art carries a distinct quality and style, and is often darkly humorous. Works of political and social commentary have appeared on streets, walls, water-tanks and bridges in cities around the world, where they have earned admiration and, often, protection from sale from a loyal public following.

Banksy's grafittis are undeniably the most important of their type from the late 1990s to the present day, filling the void left by SAMO (Jean-Michel Basquiat) and Keith Haring in New York in the late 1970s, and taking Blek Le Rat's 1980s Paris stencil technique to an altogether higher plane. His transition from being a mere grafittus, part of the so-called Bristol Underground Scene, to a stylistically unique and genuinely individual urban artist began around 1997. At this time he was still considerably overshadowed in Bristol by his much more famous partners-in-crime, Inkie and 3D (Robert del Naja, founding member of the band Massive Attack), however it was his enrolment in the creation of the influential Walls on Fire event in Bristol that summer which established his status as a pioneer in the field. Banksy was developing his trademark use of the stencil, primarily to save time and therefore reduce risk of arrest during the execution of his inherently illegal works, and it was at Walls on Fire that he first displayed the potential potency of his adaptation of this device. The event showcased the restlessly innovative talents of the city's underground musicians and artists. The parallels to Keith Haring's Andy Warhol sponsored participation in New York's seminal 1981 Monumental exhibition are considerable.

Increasingly Banksy's work concerned itself with a potently humorous anti-establishment sarcasm, often referencing classic images, statements and Hollywood films such as Pulp Fiction and Apocalypse Now to imply, in a pseudo-Orwellian manner, the potentially immediate or inevitable plight of the masses. Banksy's work often suggests the existence of a faceless authoritarian force, and champions an imaginary, rebellious underground counter-movement. This grim concept was much in the general pre-Millennium psyche, and was the key premise of the hugely successful film The Matrix, released in the spring of 1999. A pre-occupation with challenging and overcoming authority, although nothing new in history, was experiencing a particular spike in youth sentiment and can be noted in trends in fashion, recreational drug use, art and music in the last two or three years of the twentieth century. Popular musical acts at that time included Pulp and Blur, both witty critics of the established order. Impressed by his work and by his increasingly loyal following, Damon Albarn invited Banksy to design the cover for Blur's 2003 album Think Tank.

In 2005 Banksy, on a trip to the Palestinian territories, created nine images on the Israeli West Bank wall and the following year held the exhibition Barely Legal in Los Angeles. Billed as a "three-day vandalised warehouse extravaganza", the exhibition featured a live elephant in a room and works were purchased by several well-known Hollywood stars. By 2007, Banksy's work was selling for six-figure sums at major auction houses and in April of that year, Transport for London controversionally painted over his image of a scene from Quentin Tarantino's Pulp Fiction, featuring Samuel L. Jackson and John Travolta clutching bananas instead of guns. Transport for London defended their decision, stating the graffiti created "a general atmosphere of neglect and social decay which in turn encourages crime" and that their staff were "professional cleaners not professional art critics.

An archive and certification authority, Pest Control, was formed to tackle the increasing problem of forged Banksy works, as well as the frowned-upon practice of removing street art to sell for personal gain. Banksy items without such certification are, or certainly should be, of little value, although the wholesale removal and sale by auction of Banksy murals continues to occur.

Banksy's first film, Exit Through the Gift Shop, was premiered at the 2010 Sundance Film Festival, earning him an Academy Award nomination for Best Documentary. 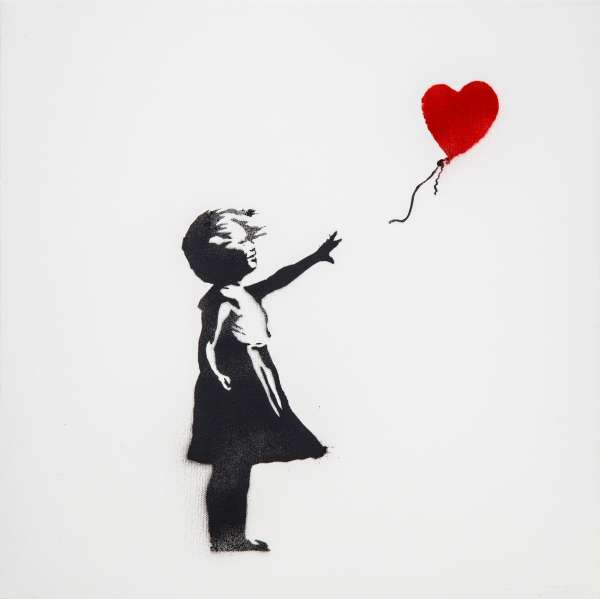