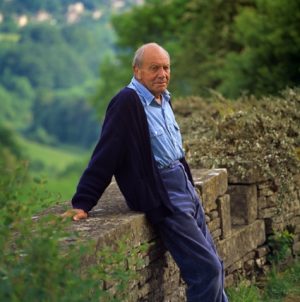 One of the most respected sculptors of his generation, Lynn Chadwick was a towering force in the field of post-war British sculpture. His work spans fifty years and includes over a thousand pieces.

Having to learn welding in order to realise his designs, Chadwick executed many large scale sculptures of note in the early 1950s. He came to wider prominence as one of the twelve semi-finalists for the Unknown Political Prisoner International Sculpture Competition in 1953 and then went on to win the International Prize for Sculpture at the 1956 Venice Biennale. Many honours and awards followed and Chadwick’s work is represented in most serious international art collections. In Autumn 2003 a retrospective exhibition of his work was held at Tate Britain, London.

Chadwick belonged to a group of young British sculptors to emerge after Henry Moore who, collectively, were dubbed as belonging to a school who visualised and executed figurative works having a "geometry of fear". The art critic Herbert Read coined this term after reviewing the British pavilion at the 1952 Venice Biennale.

"These new images belong to the iconography of despair, or of defiance; and the more innocent the artist, the more effectively he transmits the collective guilt. Here are images of flight, or ragged claws ‘scuttling across the floors of silent seas’, of excoriated flesh, frustrated sex, the geometry of fear."

This visual language mellowed as he evolved, and from the 1960s a range of his own archetypal figures and beasts emerged in his work. Throughout a long and distinguished career Chadwick’s work has kept a relevance and individuality.

“It seems to me that art must be the manifestation of some vital force coming from the dark, caught by the imagination and translated by the artist’s ability and skill…. whatever the final shape, the force behind it is…. indivisible.” 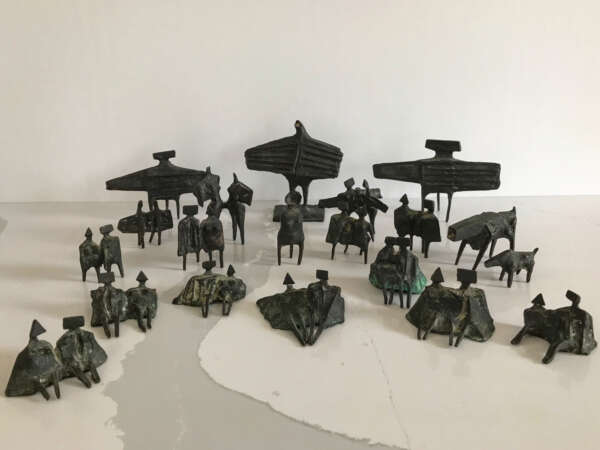