Hugo Demarco (1932 – 1995) was an Argentinian artist, an early exponent of Op Art who worked with kinetic and light art, often animating his moving surfaces through the use of prisms.

He traveled to Paris in 1959 where he made his first kinetic paintings, achieving a unique optical vibration through superimposing complimentary colors. His first solo exhibition, which included both paintings and reliefs, was held at the Galerie Denise René in Paris in 1961, and he gradually established himself as a member of the Nouvelle Tendance movement. 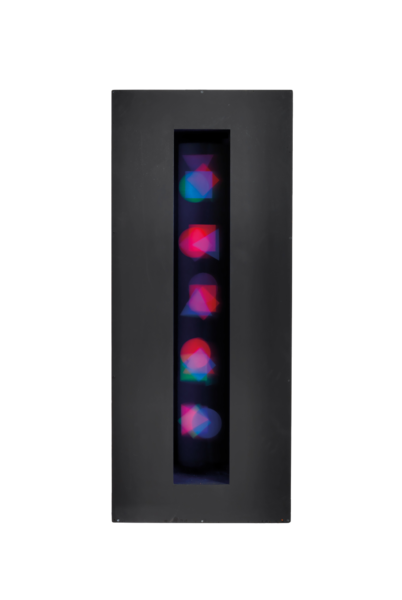