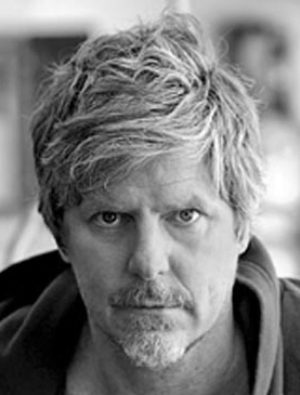 Mark Grotjahn is an American artist best known for his 'Butterfly' series of drawings and paintings, a sustained investigation into perspective.

Born in Pasadena, and raised in the Bay Area, he studied at Berkeley and, in 1995, became artist-in-residence at the Skowhegan School of Painting and Sculpture in Madison, Maine. Moving to Los Angeles in 1996, he opened a gallery called Room 702 in Hollywood showing and working with other artists. Grotjahn became a full-time artist two years later, supplementing his income with professional poker playing.

Grotjahn began working on densely worked colored pencil drawings, and paintings, which focused on perspective investigations such as dual and multiple vanishing points. This work became his Butterfly series, drawing upon Renaissance perspectival techniques for these multiple-vanishing-point butterfly patterns in order to create the illusion that his geometries stretch, shrink, approach, and recede.

Of the butterfly series, prominent art historians and critics have noted:

‘The butterfly has become to Mark Grotjahn what the target is to Kenneth Noland, the zip was to Barnett Newman, and the colour white is to Robert Ryman’
MICHAEL NED HOLTE

‘One of the mad benefits of this maniacal ordering is that each person is also granted the demented, deluded position of being a god. You, the maharaja of all that you survey, are the fixed singularity that all things rush from or toward’
JERRY SALTZ

A skiing accident in 2008 meant Grotjahn could not paint for more than two hours at a time due to a shoulder injury, and the Butterfly series was suspended as he attempted to explore less intensive ways of painting. His works have, however, reached sums of many millions of dollars at auction and his work is held by MoMA, LA MoCA, the Whitney, SF MoMA and the Broad, amongst many others. In 2014, he joined the board of the Museum of Contemporary Art, Los Angeles as an artist trustee. 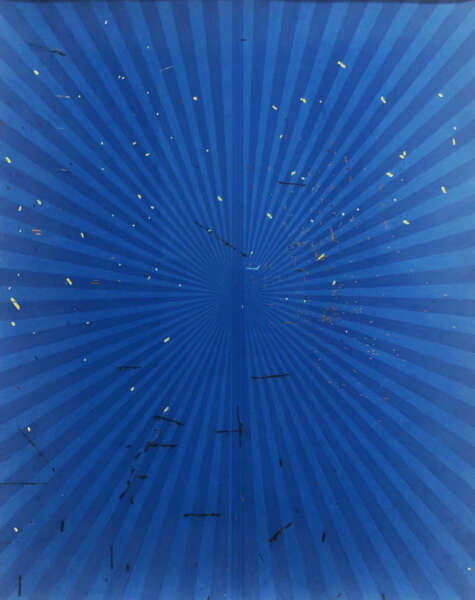