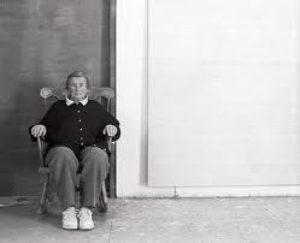 Agnes Martin was an American painter, celebrated for her minimal arrangements of lines and grids.

Born in Canada, she became an American citizen in 1950, shortly before earning her MA at Columbia University. Her work was discovered by the influential New York gallerist Betty Parsons whilst both were in Taos, New Mexico and in 1957, Martin moved to Manhattan. Her friends and neighbours there included Robert Indiana, Ellsworth Kelly, Barnett Newman and Ad Reinhardt. Newman was especially supportive, and went out of his way to support Martin and to promote her work.

During the early 1960s Martin, hugely impressed by Mark Rothko’s investigations into minimalism, pared her own work down to peaceful arrangements of lines and grids on palely coloured grounds, often in a signature 72 x 72 inch square format and quite different from the biomorphic works discovered by Betty Parsons. In fact, whenever Martin was able to track down and destroy one of her early works, she did and did so ruthlessly.

In 1966 her works hung alongside those of Sol LeWitt, Robert Ryman and Donald Judd in the Guggenheim’s exhibition Systemic Painting. Whilst regarded as minimalist in form, her paintings were very different from those of her three contemporaries. Often her paintings retained small flaws and displayed traces of the artist's hand and, moreover, she shied away from intellectualism. For her, the work was more spiritual and reflected an interest in Eastern Philosophy, in particular Taoism. Later she would express a preference to be labelled an Abstract Expressionist, if anything at all.

In 1967 her studio was listed for demolition and, being unable to imagine working anywhere else in New York, she returned to New Mexico but did not paint at all for 7 years, distancing herself from the art world. Despite completing a group of new paintings in 1975 and exhibiting regularly until the end of her life, Martin remained a very private, almost solitary soul. When she died aged 92, she was said not to have read a newspaper for the last 50 years.

Martin participated in the Venice Biennale thrice, in 1976, 1980 and in 1997, when she was awarded the Lion d’Or for Contribution to Contemporary Art. 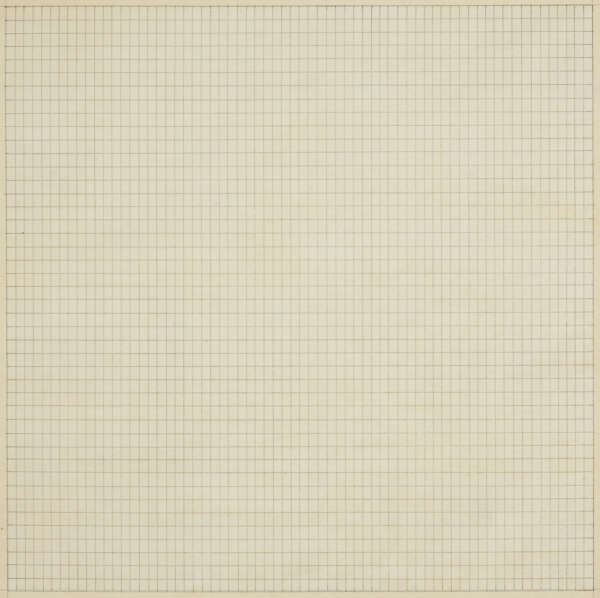