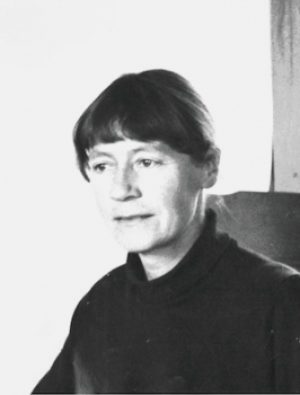 Mary Newcomb was a self-taught English painter whose work was greatly acclaimed by fellow artists from Ben Nicholson to Mary Fedden. Her passion was nature, and in 1945, she volunteered as a student helper in the Flatford Mill Field Studies Centre being set up by bird painter Eric Ennion: there, overlooking a favourite scene of Constable, she learned the art of observation and of taking copious notes and sketches to keep an image fresh in the mind's eye. She married a farmer, Godfrey Newcomb, and in her married life she would find all she needed for her art, which lay in the rhythms of nature and the rituals of rural life: in her chickens, guinea fowl and, best of all, sheep, in village fetes and country shows, or in incidents glimpsed as she travelled on the bus, or walked or bicycled.

Her paintings had strange, lyrical and wonderful titles, such as Ewes Watching Shooting Stars and Some Bees do not Die but Remain on their Backs Confused, and often contained a note of wry comedy about the strange nature of existence. A view of an ancient farmhouse lost in a field and closed up save for a tiny attic opening was called Mrs Meek Opens her Window to the Larks. After the Train Had Gone showed horses running in a field. Perspective and proportion could run amok in her work: walkers or cyclists were dwarfed by bunches of allotment flowers. But, however unwittingly, she made a key point about the ways in which everything can connect within the harmony of the universe.

She displayed an affinity with, and was aware of her place in the realm of English folk art, and she sought out folk art and paintings dealer Andras Kalman, the Hungarian refugee who had championed LS Lowry in his first gallery in Manchester. She exhibited with Crane Kalman Gallery from 1970, having at least 12 solo exhibitions and gaining an enormous following of collectors including film directors and stars, television personalities, business magnates.. In 1997 the Tate Gallery purchased a major work by Newcomb, People Walking amongst Small Sandhills.

Her successive studios contained jumbled notes and drawings and souvenirs from rural journeys latterly as far afield as Orkney and the south of France. Several pictures would be in progress at any one time: first streaked with vibrant combinations of abstract colour, then propped against the wall, and turned into new positions until they suggested a remembered scene. New images could be brushed on top of upside-down old ones. Towards the end, her paintings became sparer, lighter, larger and increasingly abstract: they were works that could hold their place on the walls of major museums, but always referred back to observable reality as she saw it.

The writer JG Farrell, who was to be swept off a rock while fishing in Ireland, ended his novel The Singapore Grip by detailing her paintings on the wall above him as he wrote. Newcomb also found in East Anglian author Ronald Blythe an especially kindred spirit - his words and her pictures memorably combining in the book of essays Talking to the Neighbours. Soon afterwards, the cover painting, showing bullfinches whirring around a thistle like ponies on a carousel, was sadly destroyed in a fire in Kalman's flat. 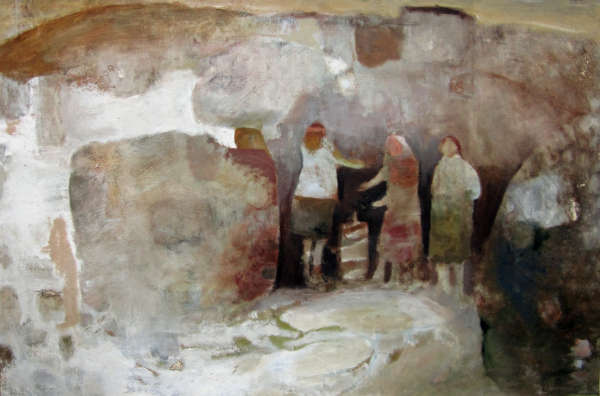