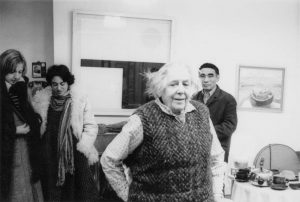 Winifred Nicholson was an English painter, a colourist who developed a personalized impressionistic style that concentrated on domestic subjects and landscapes. In her work, the two motifs are often combined in a view out of a window, featuring flowers in a vase or a jug. Her interest in painting started early in life. She attended the Byam Shaw Art School.

Nicholson married the artist Ben Nicholson in 1920. There were three children of the marriage, including Kate Nicholson, who also became an artist. Winifred exhibited at the Beaux Arts Gallery, London, along with Ben Nicholson, Christopher Wood, and the potter Staite Murray 1927. When hanging the exhibition Winifred fell through a trapdoor and seriously injured her back while pregnant. She was taken to hospital and it was thought she will not recover. However with help from a Christian Science practitioner she recovers sufficiently to visit the exhibition before it closes. Her son Jake is born. She retained her interest in Christian Science for the rest of her life.

Although it is sometimes said incorrectly that with Ben, Winifred formed part of the artist colony at St Ives, Cornwall, she was never permanently living there. Although she painted less in the abstract style than in the representational, she did experiment with her own form of abstraction in the 1930s. Influences between her and Ben were mutual, Ben often admitting he learnt much about colour from his first wife. After they separated, she lived half of each year during the 1930s in Paris.

After her divorce from Ben Nicholson in 1938, she spent most of the rest of her long life in Cumberland, at Boothby where her father lived, and at Bankshead, both near Lanercost. She painted prolifically throughout her life, largely at home but also on trips to Greece and Scotland, among other places. Many of her works are still in private collections, but a number are in the Kettle's Yard art gallery, Cambridge, and several key works belong to Tate. She had a lifelong fascination for rainbow and spectrum colours and in the 1970s she made particularly strong, innovative use of such colours in many of her paintings. She left some written accounts of her thoughts on colour. 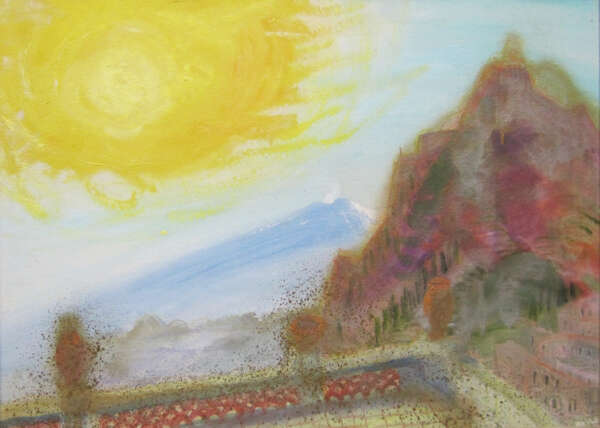