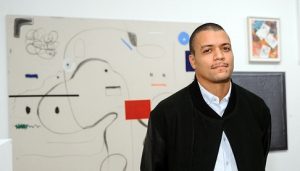 Christian Rosa is a Brazilian artist, living and working in Los Angeles and Vienna. Rosa is a recent graduate of the Akademie der bildenden Künste in Vienna where he studied under Daniel Richter. The quality of Rosa's work was spotted very early, and he has been included in a number of significant exhibitions since 2010, notably the Venice Biennale, ibid projects in Los Angeles, CFA in Berlin, and White Cube in London.

Rosa works mainly in the media of collage and painting, in which he operates a reductivist approach by limiting his gestures to individual physical actions resulting in a minimal sort of mark making. The artist perceives his work as a discovery process in which he deal with 'mistakes' by displacement, re-appropriation and reconfiguration, effectively utilising the notion of failure as a guiding conceptual model. So despite appearing to relate visually to the work of Cy Twombly, or Jean-Michel Basquiat, in this respect there is much to relate his work to, say, Wade Guyton's. 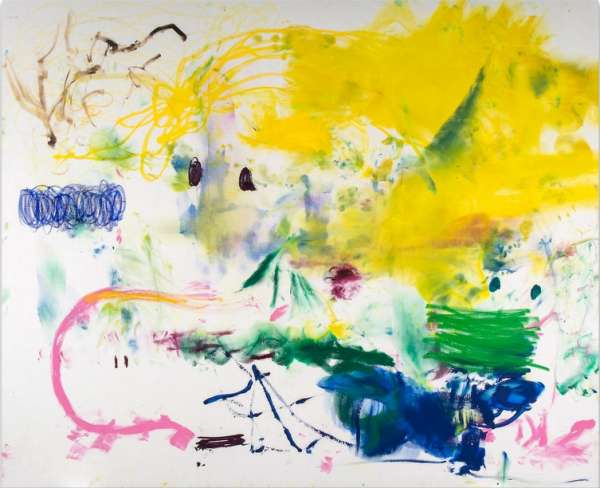