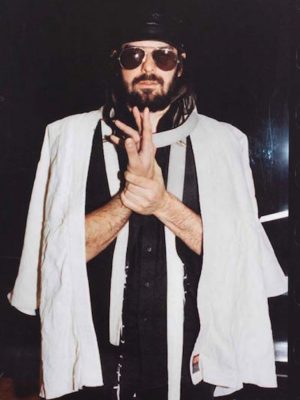 Spencer Sweeney works across a number of disciplines, and has been a well-known figure in the art, nightlife, and music scenes of New York City for twenty years. As a musician and performance artist, he was a member of the seminal noise-art group Actress. As a painter and visual artist, he makes collages, paintings, self-portraits, and drawings, as well as environments and immersive experiences, such as the 2010 show in which he moved his living quarters into a gallery space and installed himself alongside the art objects on view. He has been shown many times by Gavin Brown's Enterprise in New York, The Modern Institute in Glasgow, and most recently at Gagosian Gallery, where he held an exhibition of self-portraits in late 2018. Sweeney eschews a single, identifiable style in lieu of work that reflects the multiplicity of his influences and the shifting nature of his practice.