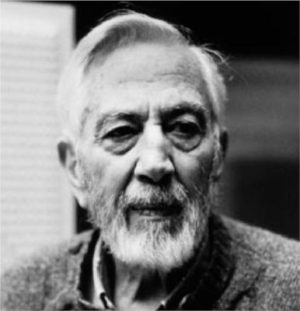 Luis Tomasello is an Argentinian artist, who lived and worked until the age of 98 in Paris, and is best known for his investigations into optical effects using angled cubes or pegs, arranged geometrically and attached to flat wooden panels.

Tomasello’s particular visual language was concerned with the expression of movement suggested by implicit directions of flow from the surfaces he created. He was successful in creating a flamboyant interaction of object and viewer, the primary objective for all exponents of Op and Kinetic Art, despite the austere minimalism of his objects.

Born to an Italian family in Buenos Aires, Tomasello worked for his father’s building business before beginning his art studies at the Escuela Nacional de Bellas Artes Prilidiano Pueyrredón in Buenos Aires. He met the painters Emilio Pettoruti and Carmelo Arden Quin, important figures in the Argentine avant-garde, who would impress him greatly.

After travelling to Europe, Tomasello finally settled in Paris in 1957 joining the large and dynamic expatriate community of Latin American artists already living there. Already familiar with Constructivism and the Bauhaus from his studies, he was introduced to the work of Piet Mondrian, which would have a significant effect on his own work. He began to use the orthogonal grid, the square and a reduced palette, quickly developing a pictorial language that was uniquely his. He exhibited with a group of artists whose research took them from constructivist abstraction to Kinetic Art, an art form founded on the optical illusion of movement and its effect on the viewer. He was represented by the famous avant-garde Galerie Denise René and showed at numerous national and international exhibitions of Op Art, including the landmark show 'La Lumière et le Mouvement' (1967).

Tomasello is particularly known for his 'Atmosphères chromoplastiques' in which he places white cubes on a white background, creating an engaging optical effect of play of light and shadows. These works place him close to the Minimalists, such as Donald Judd or Sol Lewitt whose notions of the relationship between work, surroundings and viewer, and virtual space are to be found in common with Tomasello's work. 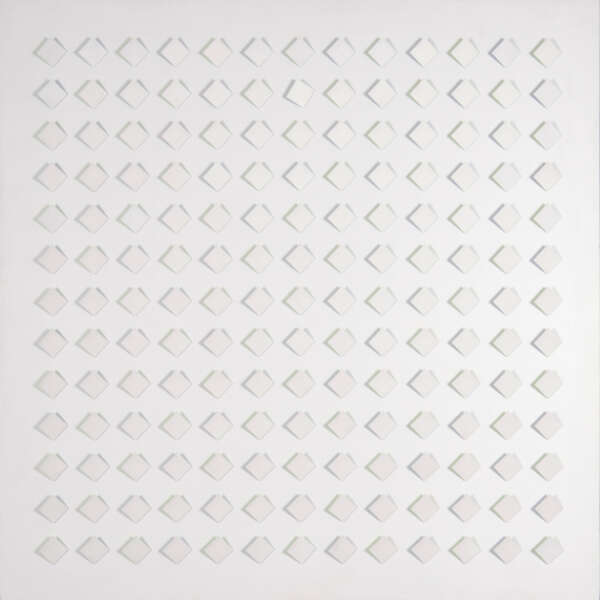