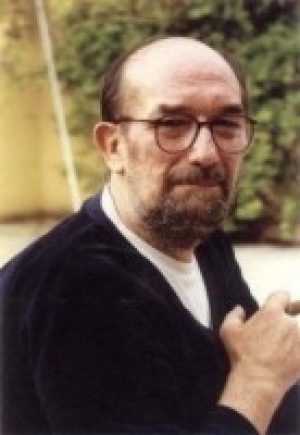 Euan Uglow was a British artist, best known for his meticulous paintings of the human figure, still lives and landscapes, which he created using a measuring process, often leaving hints of marks, measuring points and calculations on the finished works.

Uglow studied at Camberwell School of Art until 1950, during the school’s most distinguished period: tutors at this time included Victor Pasmore, Claude Rogers, Lawrence Gowing, John Minton, Kenneth Martin and William Coldstream. He undertook a further period of study at the Slade School of Art where he remained until 1954, and to where he returned to teach in the 1960s finding it difficult to achieve commercial success as quickly as he had hoped. Uglow's first solo show was in 1961 at the Beaux Arts Gallery, the same year in which he turned down an invitation to become a Royal Academician. In 1962 he caused uproar at the municipal art gallery in Bradford when a local councilor had one of Uglow's paintings removed from an exhibition at the gallery on the grounds that it 'offended decency'.

Uglow worked directly from life and was famously slow as a painter. His works have a strong sculptural quality, emphasised by the geometric poses he would demand from his models. The artist's precise work features rigorously defined planes, sharp edges and subtly contrasting colours, drawing inspiration from Matisse and Cézanne alike.

In 1981 he took part in the exhibition Eight Figurative Painters at the University of Yale Center for British Art in New Haven, USA. In 2002 a posthumous retrospective, Spotlight on Euan Uglow, was organised by the Arts Council for England, which toured around Britain. In 2003 there was a retrospective Euan Uglow: Controlled Passion, Fifty Years of Painting at the Abbot Hall Gallery, in Kendal.