A. R. Penck was born in 1939 in Dresden with the birth name Ralf Winkler, as a child he witnessed first hand the dreadful firebombing of the city and the end of WWII. In the early 1950s, following tuition with Jürgen Böttcher, he was invited to join the artist's group Erste Phalanx Nedserd. The painter and sculptor trained as an advertising artist and worked under other pseudonyms - Mike Hammer; Mickey Spilane; T.M.; a.Y; Theodor Marx. His artist's name A. R. Penck honours the geologist and prehistorian Albrecht Penck. Penck continued his apprenticeship at the Deutsche Werbe und Anzeigengesellschaft (DEWAG) and made unsuccessful applications to the art academies in Dresden and Berlin. After his apprenticeship ended, he earned his living for several years as a day labourer in a variety of professions.

At the beginning of the 1960s, A. R. Penck developed his own neo-expressionist style out of graphic pictograms and stickmen figures, reminiscent of Asian calligraphy, graffiti and cave painting. The so-called “Standart-Bilder” were created in 1966 and were, according to Penck, aimed at simple legibility. In the same year he founded the artist group Lücke together with his artist colleague Steffen Terk and others. Living in the GDR at the end of the 1960s, the artist came increasingly under political pressure and his works were confiscated by the State Security Agency. His action alliance in 1976 with Jörg Immendorff, from which numerous works emerged that were committed to the abolition of the German border, did not help his relationship with the authorities.

After his studio was raided in 1979, Penck was expatriated in 1980. He lived initially in Kerpen near Cologne and later in London. His paintings from the 1980s onwards became larger in format, highly coloured and more gestural, and he became a representative of the “Neue Wilden”. In addition to his painterly work, from 1977 he created sculptures out of wood and from 1982, in bronze and marble, as well as woodcuts and drawings and sound recordings as a jazz musician. Since 1972 A. R. Penck has been included many times at documenta in Kassel and in 1984 at the Venice Biennale.

In 1988 he joined the teaching staff of Kunstakademie Düsseldorf. In 1991 he created a so-called BMW Art Car – something which in the course of time, others including Jeff Koons and Roy Lichtenstein also did. In 2007, Schirn Kunsthalle in Frankfurt dedicated a retrospective to the artist, who was living in Dublin at the time. The artist died in 2017 at the age of 77 in Zürich.

Available works by A. R. Penck 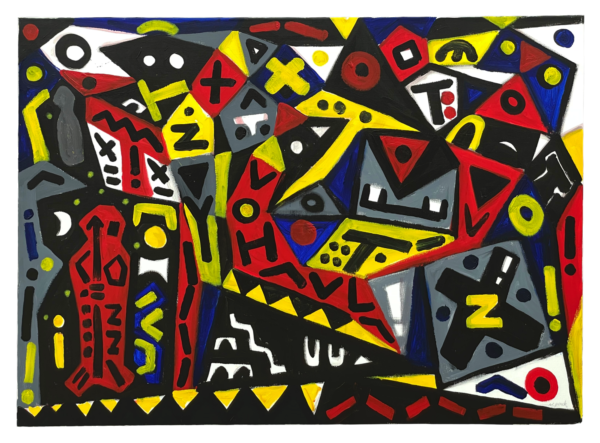