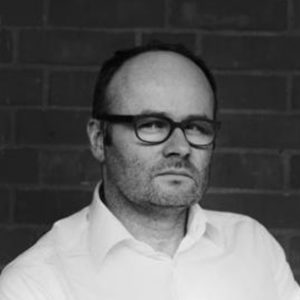 Thomas Demand is a German sculptor and photographer living and working in Berlin and Los Angeles. He teaches at the University of Fine Arts, Hamburg.

Demand is a conceptual artist who constructs incredibly detailed three-dimensional models, which he then photographs: the results appear to be real images of rooms and other spaces. The models are destroyed after being photographed, thus the photographs are his art. Although intensely rendered, there are always flaws that can be seen in the constructions, allowing the viewer to discover what he may have already sensed was wrong in the picture. A direct effect of the use of construction models is the the absence of people in his photographs. Demand takes this depopulation further, by reproducing office books and papers with no text upon them, and doorbells with labels that bear no names.

Demand has had retrospectives at the Museum of Modern Art, New York in 2005 and at the Neue Nationalgalerie in 2009. Other solo exhibitions include Serpentine Gallery (2006), London, the Irish Museum of Modern Art, Dublin, the Fondazione Prada, Venice (both 2007), and the Fondation Cartier pour l'Art Contemporain, Paris (2001).