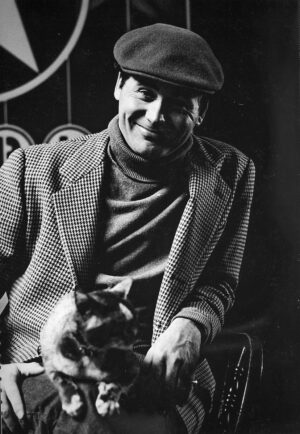 Born Robert Clark in New Castle, Indiana, the state after which he changed his name 30 years later, Robert Indiana, was best known for the mid-1960s pop art classic Love.

In his New York studio he mapped the divisions of his country, reacting to the racial injustice and violence in the deep south In 1966 he created the Confederacy series, in which the schematic outlines of southern states were framed with an uncompromising statement: “Just as in the anatomy of man, every nation must have its hind part.”

The boldness of this message contrasts with the ambiguity of Love, in which the letters of this word are stacked on top of each other with the “O” at a jaunty angle. This arrangement, originally produced in New York for the Museum of Modern Art’s 1964 Christmas card as well as a series of paintings, has been endlessly repeated, always with the vowel unforgettably askew, in monumental steel sculptures, postage stamps and countless other versions. Many of these were unofficial, as Indiana omitted to copyright his creation, and it is arguable whether the artist shared the cheery spirit in which so many millions consumed his image.

The work’s political context was the 60s counterculture stirred up by the Vietnam war and the civil rights movement. Its personal connections were with Indiana’s lover, the abstract artist Ellsworth Kelly, from whom he parted at this time. Indiana had been engaged by the collector Larry Aldrich to help convert a Christian Science church into a contemporary art gallery. His contribution to the project reversed the words of the ubiquitous inscription “God is Love”, and from this he derived the single-word image that gave him such renown.

Indiana’s antipathy to easy sentiments and interpretations can be seen in another celebrated work, The Demuth American Dream No. 5 (1963). This exemplifies pop art’s relationship with numbers and signs but is also based on Charles Demuth’s I Saw the Figure 5 in Gold, a key modernist painting of 1928, itself inspired by the poetry of William Carlos Williams. Indiana’s picture creates a chain of cultural, personal and even mathematical associations that has little to do with the light, celebratory side of pop art. He himself thought that the term “pop” was misleading and was begrudging about the movement itself. In 1963, for example, he claimed that pop art had taken over from abstract expressionism in “the eternal What-Is-New-in-American-Painting shows”, as he put it, and he gave it “10 years perhaps”.

The art of Indiana is perhaps best understood in terms of a deeper, more melancholy strain in US culture. This is exemplified by the diptych Mother and Father (1963), showing Indiana’s parents in front of their Ford Model T, in which the darkness of family life is hinted at, if not explicitly represented. To poach the phrase that Bruce Springsteen has used to describe his own work, Indiana dedicated himself to “judging the distance between American reality and the American dream”.

Political and social engagement also inspired Indiana’s later career. In the first decade of this century he responded to terrorist attacks and Middle Eastern invasions with such images as Afghanistan (2001) and the Peace series (2003), while during the run-up to Barack Obama’s election as US president in 2008, Indiana projected the configuration of Love on to a related sentiment, Hope.

He was later to admit that this optimism was not justified by events. The despair felt by some left-leaning Americans may have contributed to Indiana’s own isolation in old age, though his public comments on Donald Trump had a certain levity. He told the Guardian in 2015: “I have, right in front of me as I sit talking to you, a Mexican friend of mine. He’s a chihuahua. And he’s very disturbed and very depressed watching TV. He’s sure that Trump guy is going to do away with chihuahuas.”

As a child he moved home 20 times with his adoptive parents, Carmen and Earl Clark. After losing his position at Western Oil, Earl managed a petrol station before finding a desk job with Phillips Petroleum. Robert endured a dysfunctional life that included Earl’s departure with another woman, and Carmen’s pursuit with a .38 revolver. His family experiences were reflected in many of his later images, even those with apparently universal titles such as Eat/Die (1962): his mother’s last word was “Eat”.

Abridged and adapted from Christopher Masters' 2018 obituary in The Guardian. 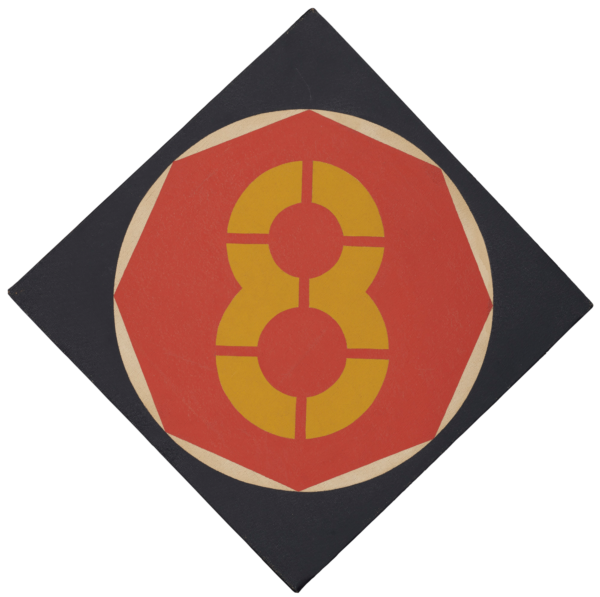