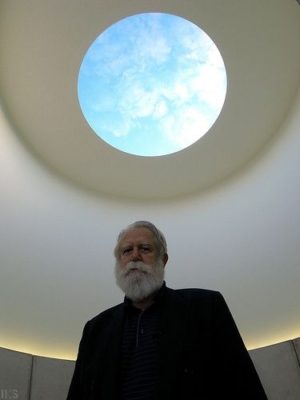 In 1971, UCLA held the exhibition which would give the Light and Space movement its name, "Transparency, Reflection, Light, Space: Four Artists". Although James Turrell was not one of the four artists included, he is arguably its most famous exponent, and is a key figure in the history of Light Art.

In 1966, Turrell began experimenting with light in his Santa Monica studio, the former Mendota Hotel, at a time when the Light and Space group of artists in Los Angeles was loosely forming. By covering the windows and only allowing prescribed amounts of light from the street outside to come through the openings, Turrell created his first light projections.

In 1969, he made sky drawings with Sam Francis, using coloured skywriting smoke and cloud-seeding materials. A pivotal environment Turrell developed from 1969 to 1974, The Mendota Stoppages, used several rooms in the former Mendota Hotel in Santa Monica which were sealed off, with the window apertures controlled by the artist to allow natural and artificial light to enter the darkened spaces in specific ways.

In the 1970s Turrell began his series of "skyspaces", enclosed spaces open to the sky through an aperture in the roof. Turrell's skyspaces have been described as a "celestial viewing room designed to create the rather magical illusion that the sky is within reach - stretched like a canvas across an opening in the ceiling." Turrell is also known for his light tunnels and light projections that create shapes that seem to have mass and weight, though they are created only with light.

Turrell is perhaps best anticipated for his work in progress, Roden Crater. He acquired an extinct cinder cone volcano located outside Flagstaff, Arizona in 1979. Since then he has spent decades moving tons of dirt and building tunnels and apertures to turn this crater into a massive naked-eye observatory for experiencing celestial phenomena. The crater is due, now, to be opened in 2024. 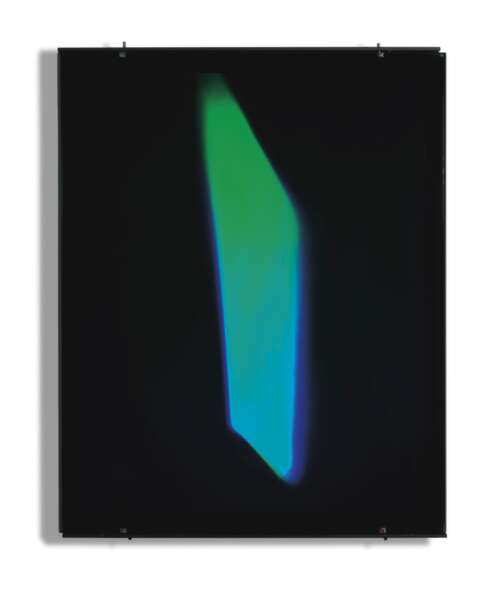