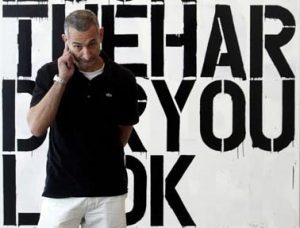 Christopher Wool is a painter and photographer, living and working in New York. He is best known for his large text paintings made with over-sized letter stencils, spelling out disjointed statements.

Wool dropped out of New York Studio School where he was studying painting, and spent time as a studio assistant for the sculptor Joel Shapiro. He became immersed in the underground music and film scene, but continued to paint, collaborating with Robert Gober to present an exhibition at New York’s 303 Gallery in 1988 in which Wool’s now seminal painting “Apocalypse Now” was shown. The painting stated, in large black stencilled letters on white, ‘SELLTHE/HOUSE S/ELLTHE C/AR SELL/THEKIDS’. It was painted in this way after the artist had seen graffiti on a brand new white truck, and has become a trademark style of the artist. Apocalypse Now sold for $26,400,000 at Christie’s New York in 2013.

A retrospective exhibition of the artist was held in the Guggenheim Museum in 2013, and his work is included in most significant public collections of contemporary art in the world. The first hang of the newly opened Broad Collection in Los Angeles features a room dedicated to the artist. 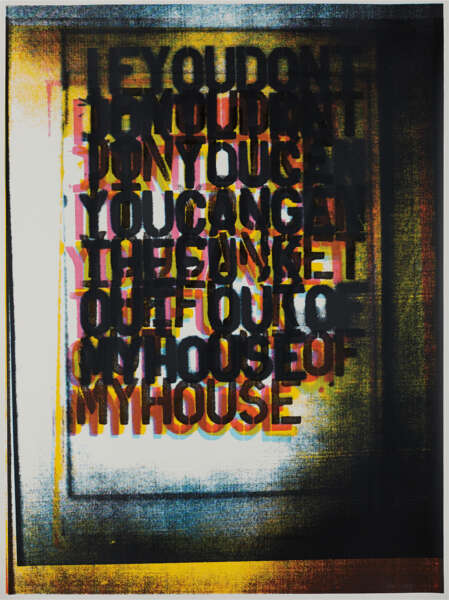 My House I - Christopher Wool