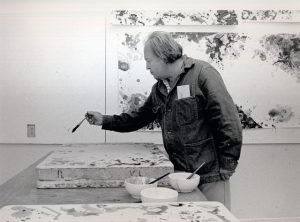 Sam Francis was an American painter and printmaker, celebrated for his colourful abstract works.

Encouraged to paint by David Park, Francis had already developed an abstract style before his formal training at Berkeley at the end of the 1940s. In school, he developed at an early stage the measuredly frenetic use of vivid blots of color and splashes of thinned pigments that is his trademark. Although drawn to the work of abstract expressionists Mark Rothko, Arshile Gorky and Clyfford Still, he remained quite independent from any one defining influence from that revolutionary group. His paintings in the 1956 "Twelve Americans" exhibition at the Museum of Modern Art in New York earned him a considerable international reputation.

Francis spent the 1950s in Paris, having his first exhibition there in 1952, although he travelled extensively. In Paris he began executing entirely monochromatic works, which are greatly revered, but that short-lived period soon made way for a return to a profusion of brilliant colours, overlapping and dripping. In the early 1960s, Francis began his "Edge" series in which paint is sometimes confined to the margins of the work, with the centre left empty and white. It is often thought that influences from Japanese painting led to this period of the artist's work.

Francis returned to California and continued painting, mainly in Los Angeles, but also in Tokyo where he lived primarily in 1973-4.

Paintings by Sam Francis can be found in international museum collections including those of The Metropolitan Museum of Art, The Museum of Modern Art, New York, The Kunstmuseum Basel, and the Centre Pompidou-Musee National d'Art Moderne, Paris. 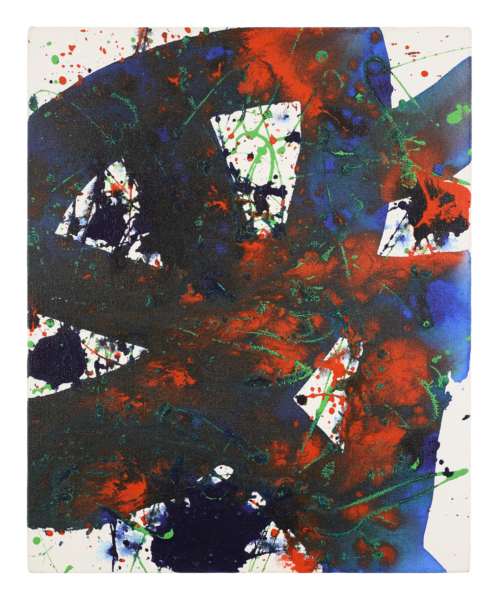