François Morellet made his first paintings in the 1950s, investigations into linear forms such as concentric squares which would predate those of Frank Stella by several years. At ARCHEUS / POST-MODERN we buy and sell unique works by this celebrated artist and usually have at least one fine example in stock and available to purchase. François Morellet was the recent subject of a survey at New York’s influential Dia Foundation, and his works are held in museums worldwide and are regarded as hugely significant in the history and development of hard-edged abstraction. 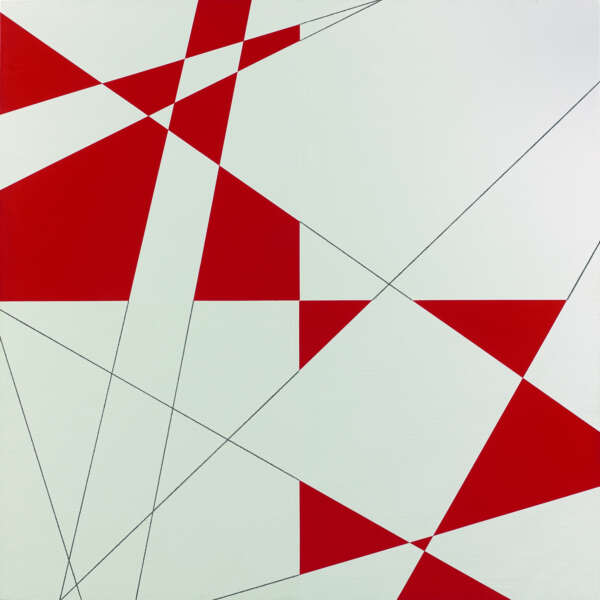