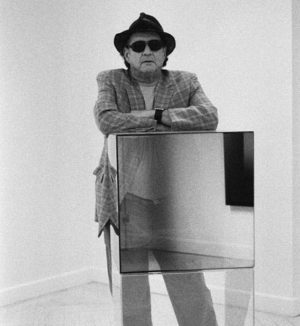 Larry Bell is an American sculptor and painter, most noted for his glass cube sculptures. Bell’s cubes examine the relationship between the object and its environment through the reflective properties of the work.

Bell is identified with the Southern Californian art movement Light and Space, and so is linked to James Turrell, John McCracken and DeWain Valentine, whose work shares similar concerns. Bell and McCracken were included in the influential 1971 UCLA exhibition "Transparency, Reflection, Light, Space” which did much to introduc the loosely formed group to an increasingly curious public.

Bell’s art has been described as operating at the “upper limits of perception”, where one has to “make a considerable effort to discern and so…become conscious of the process of seeing”.

Early in his career, Bell began to incorporate fragments of glass into what had been a fairly Expressionist style of painting. These works developed into so-called ‘shadow boxes” and from those, to the glass cubes for which he is most recognised. Often treated with thin film deposits of rare and unusual materials, such as Inconel and bismuth, the glass in Bell’s works act as both mirror and window.

Work by Larry Bell is held in over 50 major international institutions. 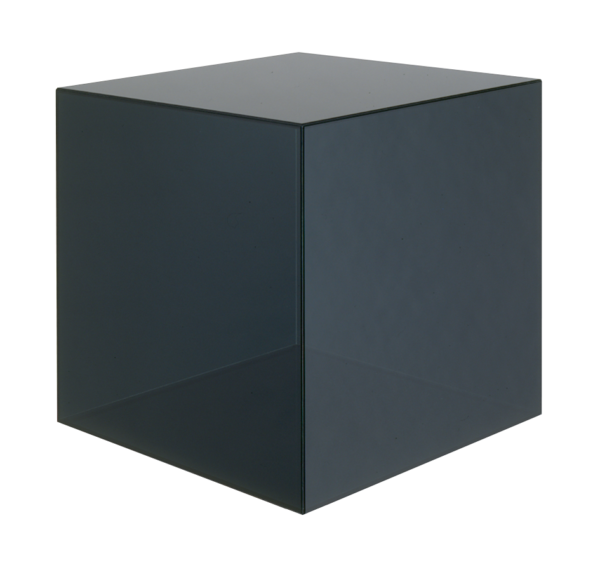 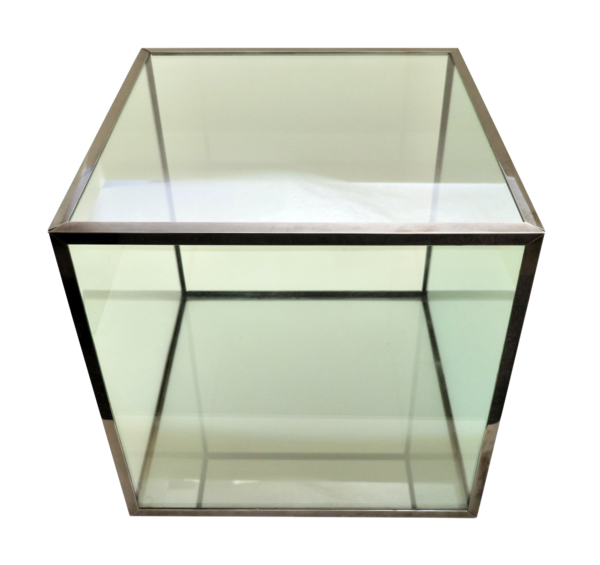