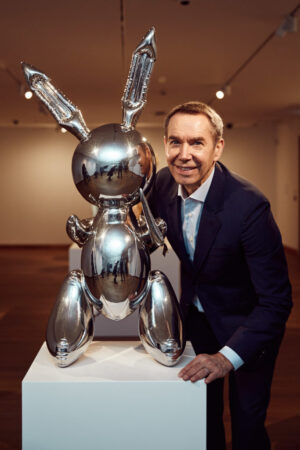 Jeff Koons is one of a number of American artists to emerge in the 1980s with an aesthetic devoted to the decade’s pervasive consumer culture. Koons managed to shock the art world with one audacious work after another, from displaying commercial vacuum cleaners and basketballs as his own art to making porcelain reproductions of kitsch objects to showing homemade pornography.

After studying at the School of the Art Institute in Chicago and working with Chicago artist Ed Paschke, Koons graduated from the Maryland Institute of Art (B.F.A., 1976) and then moved to New York City, where he sold memberships at the Museum of Modern Art. He later worked as a commodities broker on Wall Street while making art during off-hours. In the early 1980s he began making art full-time.

In his early years Koons characteristically worked in series. To name only a few, a series called The New (1980–83) included commercial vacuum cleaners and floor polishers in vitrines; his Equilibrium series (1985) consisted of cast bronze flotation devices and basketballs suspended in fluid; and his Made in Heaven series (1990–91) was a group of erotic paintings and sculptures of Koons and his former wife, Italian porn star Cicciolina (Ilona Staller). Koons was an early pioneer of appropriation, which called for reproducing banal commercial images and objects with only slight modifications in scale or material. By the 21st century he was best known for his fabricated objects from commercial sources—primarily inflatable pool toys and balloon animals—in highly polished and coloured stainless steel and for his paintings that layer and juxtapose various commercial and popular motifs. These became some of his most iconic pieces, fetching high prices at auction. Balloon Dog (Orange) (1990s) sold for $53.4 million in 2013 and Rabbit (1986) went for $90.2 million in 2019, setting records for the most expensive work by a living artist at the time of sale. Koons’s sculpture Bouquet of Tulips, a work featuring a colossal hand offering a bunch of 11 metal balloon tulips, was unveiled in 2019 in the gardens of the Petit Palais in Paris. Koons offered the concept as a memorial to the victims of the 2015 and 2016 terrorist attacks in France, but he left the responsibility of paying for the execution and installation of the sculpture to the French—an act that many found controversial.

Koons was part of the Post-Pop generation (which also included Cindy Sherman and Richard Prince), who continued to pursue the 1960s Pop movement’s fascination with popular culture and advertising as well as the social codes reinforced by the dominant media. In the manner of Andy Warhol, in New York City’s Chelsea neighbourhood, Koons established a large studio-factory, where dozens of employees produced the work that he conceived.

Koons was the subject of numerous solo exhibitions, including a retrospective at the San Francisco Museum of Modern Art in 1992–93 and a major traveling retrospective organized by the Whitney Museum of American Art in 2014. 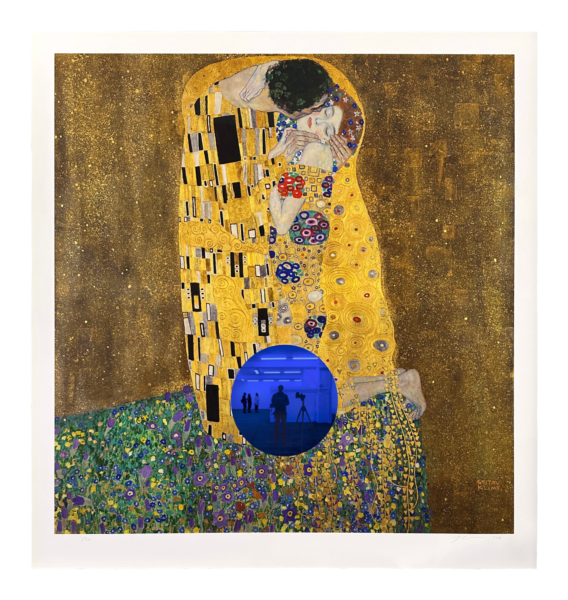