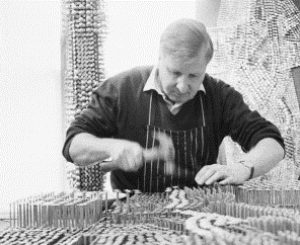 David Partridge is an American/Canadian artist who lived and worked in Ottowa, Canada, and is best known for his works created with nails.

Born in Akron, Ohio in 1919, he settled in Canada at the age of 16, becoming naturalised in 1945 after serving in the R.C.A.F. He studied art under various masters at various schools at different times, before attending the Art Students' League in New York under Harry Sternberg in 1948. He was awarded a British Council Scholarship to study at the Slade School of Art in London, which he did in 1950 and 1951, subsequently studying print-making under William Hayter at Atelier 17 in Paris.

Shortly after his return to Canada in the late 1950s he embarked upon a house rebuilding project in Ottawa. Seeing nails sticking out of a beam, he was inspired to create his first nail works. In Atelier 17 in Paris, where Partridge had studied, he had seen the work of Hungarian artist Zoltan Kemeny which would also prove formative in this direction. By 1960 Partridge had produced about a dozen nail works, which aligns him directly with Zero Group founder Günther Uecker’s interest in the same medium in Germany.

In an article for Canadian Art entitled "Configurations" he discussed his nail constructions: “They have satisfied an urge for complete abstract creation with which I am not content in painting." In 1962 he won the sculpture prize in the 79th Annual Spring Exhibition of the Montreal Museum of Fine Arts for an entry of wood and nails entitled Standing Configuration No. 9. By July of 1962 his configurations had caught the interest of Time Magazine in an article for the July 27th issue in which his works were also discussed: "The one common denominator of my works is that they create a unified whole, really out of chaos."

In the Autumn of 1962 he returned to London, where his work became very popular. Throughout the 1960s he had solo shows at The New Vision Centre; New Charing Cross Gallery; Hamilton Gallery and Covent Garden Gallery.

The Toronto Star described his work in 1973, "With whatever common nails he has on hand, the artist achieves remarkable texture and relief. Gleaming rows of wire-brushed nail heads catch the light to suggest the scales of metallic reptile or some aboriginal city seen from high in the air." Norah-Jean Perkin in The Windsor Star (1975) noted, "Amazingly he does not plan his nail works beforehand, but starts with one nail and lets it grow from there. He builds up mountains and hills with successively higher rows of nails, and descends gradually or sharply into valleys often cut by narrow space or crevasse. The flat heads of the nails and the polished, painted wood backings catch the light and reflect it, emphasizing different parts of the piece depending on where you are standing. . . . There are so many dips, curves and angles within the body of nails that light is constantly caught and reflected throughout the piece, creating a feeling of movement. . . .

His work is held in the following collections, amongst others: 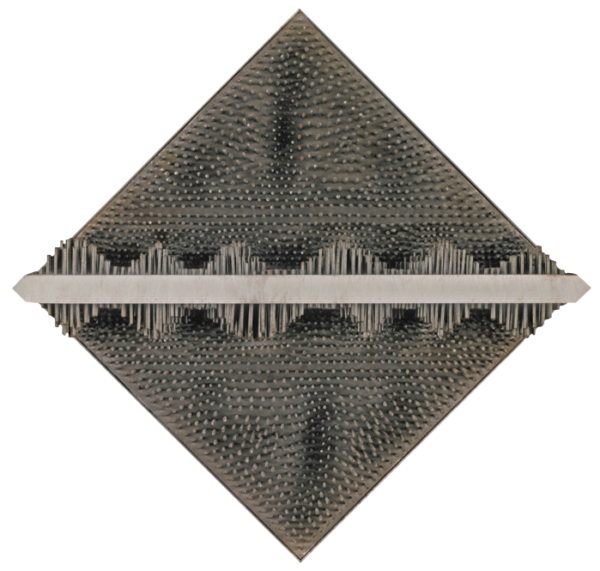 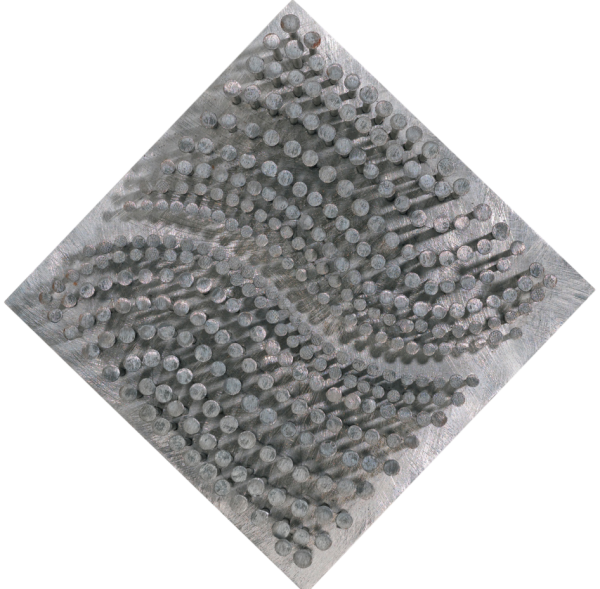