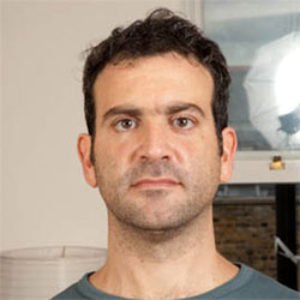 Doug Fishbone is an American artist who lives and works in London. A graduate of Goldsmiths College, he is well known for his geo-political project 30,000 Bananas, a huge mountain of ripe bananas installed in the middle of London's Trafalgar Square which was later given away free to the audience. His work was featured in Beck's Futures, Student Film and Video Prize Shortlist Exhibition in 2004. Fishbone's video and performance work was also included in the British Art Show 6 in 2005-2006, a national touring exhibition held every five years to feature the best in contemporary British art. He had his first major solo project at Gimpel Fils in London in October of 2006, and he has performed at London's Hayward Gallery and the ICA London amongst other venues. He recently participated in the exhibition Laughing in A Foreign Language at the Hayward Gallery, London and at the Busan Bienniale in Korea.

Fishbone's recent film Elmina was exhibited at Tate Britain, and his work was included in Rude Britannia earlier this year at the same venue. He was recently voted one of the Future Greats of the art world in the annual survey of Art Review magazine.

In 2005 Fishbone participated, with several other artists, in the Zoo Portfolio, a curated portfolio of works published by Archeus and sold to raise funds for the Zoo Art Fair for emerging artists. A contemporary Q&A session in The Guardian at the time of that publication makes amusing reading. Fishbone is represented by Rokeby Gallery, London. 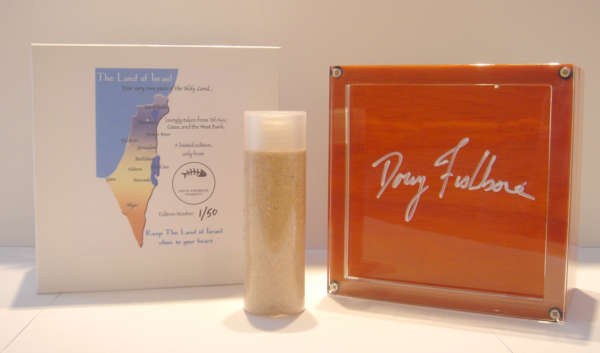 The Land of Israel - Doug Fishbone