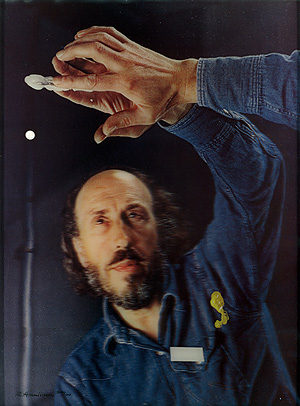 Richard Hamilton, if not coining the term Pop Art, at least caused it to come into existence by including the word Pop in Just what is it that makes today's homes so different, so appealing? the hugely influential collage created in 1956 for the catalogue of the Whitechapel Gallery exhibition This Is Tomorrow, where it was reproduced in black and white and also used in posters for the show.

Hamilton was represented by Groovy Bob, the infamous Robert Fraser who helped define the so-called Swinging Sixties and brought Bridget Riley's black and white works to the attention of the world. Hamilton produced the series of prints Swinging London based on Fraser's arrest, for possession of drugs, handcuffed together with Mick Jagger. At the heart of the art and music scene, Hamilton became friends with Paul McCartney resulting in him producing the cover design and poster collage for the Beatles' White Album.

In 1993 Hamilton represented Great Britain at the Venice Biennale and was awarded the Golden Lion. He has had two major retrospective exhibitions at the Tate Gallery in 1970 and in 1992, as well as at the Solomon R. Guggenheim Museum, New York, in 1973. 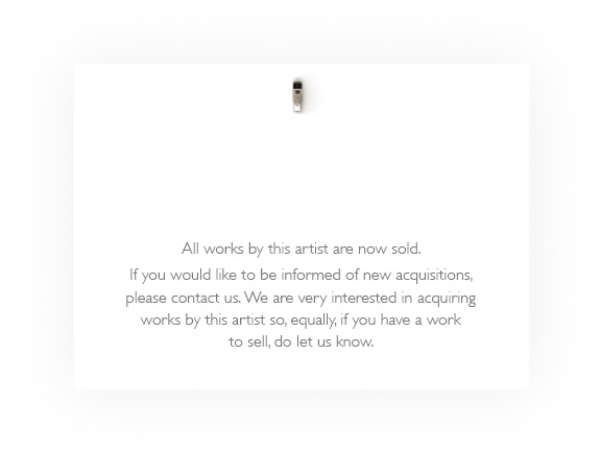